The Madras High Court warned that it would be forced to stay the counting process on May two if strict COVID-19 protocol was not devised by the EC. 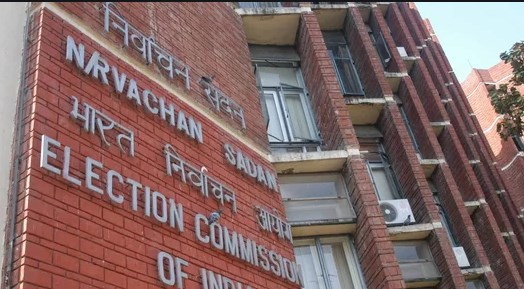 New Delhi: A day after the Madras High Court slammed it for ‘not doing enough’ in order to check COVID-19 cases, the Election Commission (EC) on Tuesday banned all the victory processions on the results day of the five states Assembly Polls for which the elections were scheduled between March 27 and April 29.

“No victory procession after the counting on 2.5.2021 shall be permissible. Not more than two persons shall be allowed to accompany the winning candidate or his/her authorised representative receive the certificate of election from the Returning Officer concerned,” the EC said in a statement.

“In view of the surge in COVID-19 cases throughout the country, the Commission has decided to make more stringent provision to be followed during the process of counting, in addition to existing Broad Guidelines dated 21st August, 2020, it added.

On Monday, the HC came down heavily on the EC for not banning political rallies and ‘singularly’ blamed the EC for the second wave of COVID-19 in the county.

The court also warned that it would be forced to stay the counting process on May two if strict COVID-19 protocol was not devised by the EC.

In an oral observation, the court asked “Were you on another planet when political rallies were being held?”

“Election Commission Officers should probably be booked on murder charges,” the court said.