The FIR revealed that some Government officials in conspiracy with some private individuals misappropriated the funds of compensation for the affected persons/beneficiaries of Trans Arunachal Highway Project. 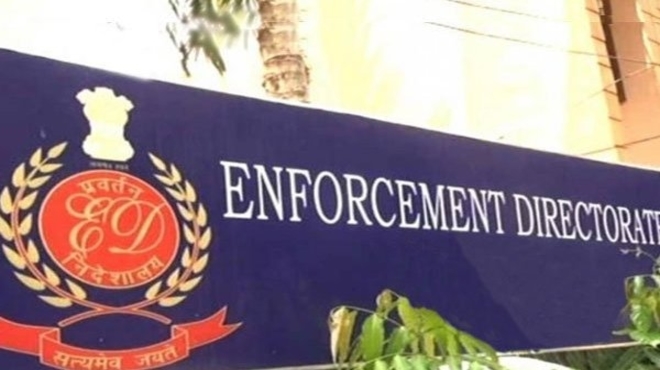 Itanagar: The Enforcement Directorate has on Tuesday carried out search operations in Arunachal Pradesh under the provisions of the Prevention of Money Laundering Act (PMLA), 2002 in respect of an investigation relating to the Trans-Arunachal Highway (TAH) project’s land compensation case.

It has frozen bank accounts, recurring deposits and fixed deposits having a balance of Rs 3.95 crore, the federal probe agency said on Wednesday.

The ED has initiated a money laundering investigation on the basis of an FIR, dated February 1, 2019, registered by Special Investigation Cell (Vigilance) Itanagar, Arunachal Pradesh under various sections of the Indian Penal Code (IPC), 1860, and Section 13(1)(a) & 13(2) of the Prevention of Corruption (PC) Act, 1988.

The FIR revealed that some Government officials in conspiracy with some private individuals misappropriated the funds of compensation for the affected persons/beneficiaries of Trans Arunachal Highway Project.

The investigation by ED has revealed that multiple fake beneficiaries were created by some Government officials in connivance with private individuals to cause wrongful gain to themselves and wrongful loss to the Government exchequer.

“The investigation has further established that part of the Proceeds of Crime so generated by the accused persons were routed through several banks’ accounts and FDs,” it said.

Further investigation is in progress, the agency said.

It may be mentioned that a former deputy commissioner of Lower Subansiri district, former DLRSO (district land revenue and settlement officer) and a private individual were arrested by the sleuths of SIC (Vigilance) in July 2018 for their alleged involvement in “gross irregularities” in the disbursement of compensation pertaining to the Joram-Koloriang stretch of the ambitious TAH project, sanctioned during the previous UPA regime.

“An amount of Rs 40 crore (approx) was sanctioned for construction of the Joram to Koloriang stretch of TAH, which was funded by the Government of India through its agency NHIDCL. The enquiry into allegations of irregularities revealed conspiracy and active connivance of these officers and individuals to misappropriate Government money through irregularities in (assets) assessment process, disbursement of excess compensation and compensation to fake beneficiaries”, the then SIC SP Pranav Tayal had said.