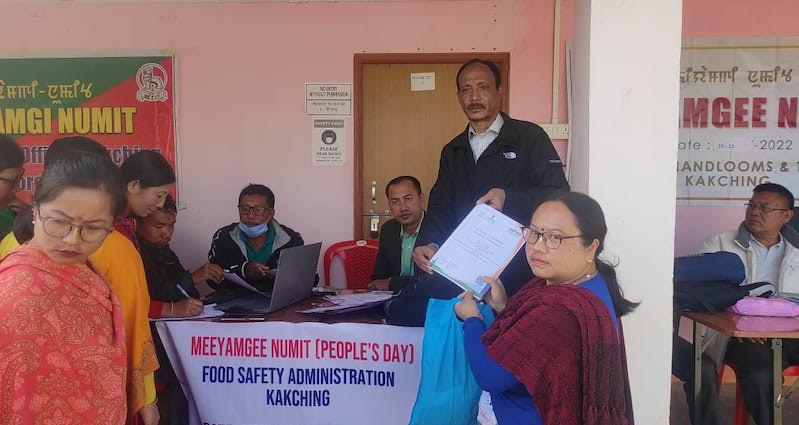 The following Public Welfare Services including registration of villagers on Forest Fire Alert System 3.0 & display of VDVK products by Forest Departments; awareness campaign on POCSO Acts, Child Trafficking & Child Rights by One Stop Centre; Skill awareness programme & distribution of SHG grants by MSRLM; Anti Rabies Vaccination Drive by Vety & AH; updation of Ration Cards of the 300 left out beneficiaries by DSO/CAF&PD; inspection of the ongoing 100 days works in and around Pherzawl village by PWD; enrollment of CMHT/PMJAY; Aadhaar enrollment & issuance of Domicile/Tribe/Income by the SDO and Water quality testing under Swachh Jal Se Suraksha under PHED are highlights of the day’s event. Apart from providing other healthcare-related services, especially on the elderly, the Health Department participated in Eat Right Mela & Eat Right Walkathon.

Main departments of the state like Education, Health, CAF & PD, Forests, Social Welfare, NIC etc. opened stalls at the function to provide services to the people.

Verification was carried out for the PM Kishan scheme by properly checking the documents submitted by the people. Sports materials were also distributed to beneficiaries during the function.

Covid vaccination stalls and a one-stop centre were also opened keeping in view the medical needs of the people.

In Tengnoupal, “District Hill Leaders Day and Meeyamgi Numit” was held at the Conference Hall of the Deputy Commissioner, Tengnoupal.

The Superintendent of Police, B. Goulianmang chaired the meeting in the absence of DC Ranjan Yumnam who is on leave. The meeting was attended by Village chiefs, Leaders of civil organisations and the public and the District Level Officers.

During the interaction, the representative of the Banks informed that the government schemes such as PMEGP,PMFME  which are national flagship programmes could be availed but the applicants need to fulfil the criteria and submit the relevant documents and reach the score marks. He also stated that some applicants got rejected due to liability in their bank accounts. So, to avail of these schemes, it is essential to fulfilling the given criteria. He added that from the next event to be held next month, banks will open a counter for the public to give awareness.

A total of 24 (twenty-four)Departments open stalls to assist and distribute beneficial schemes to the people.  The Education Department distributed 4 nos volleyball and football each. Social  Welfare received 06 nos. of Caregiver Allowance for persons with disabilities and 26 Nos. Manipur Old Age Pension schemes. The Forest Department distributes 471 nos. of saplings to 24 individuals.