Both sides were taken to penalty shootouts by their respective semi-final opponents where Manipur defeated Odisha and Railways edged Mizoram. 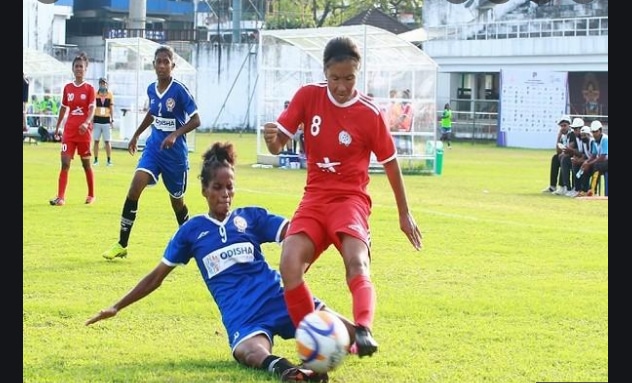 Both sides were taken to penalty shootouts by their respective semi-final opponents where Manipur defeated Odisha and Railways edged Mizoram.

Twenty-time title winners Manipur have been on a rampage, scoring an astounding 27 goals so far in the tournament.

Padma awardee Bembem Devi, the head coach of Manipur said, “Railways are a very experienced side. When I used to play against them, they have always been strong opponents. We are going to have to be tough and competitive.”

“We have played against them last year in the finals and will go all out to maintain our title again and make our state proud. The girls are very motivated and want to fight till the last whistle,” she added.

Railways, after topping their group with 20 goals, ground it out against a competitive Mizoram side in the semi-final and have set up a fourth final against Manipur.

Kamlakanta Singh, Railways head coach seemed fully aware of the size of the task they face on Thursday.

“My players are fighters and will keep going until the end. Manipur is rich in football culture and I respect them a lot. But we won’t take any pressure going onto the pitch. We are very confident of playing a good game of football,” Kamlakanta said.