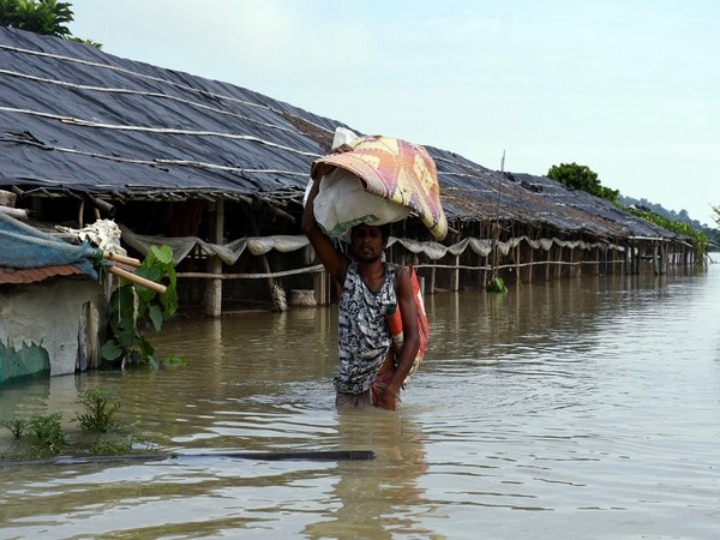 Guwahati:  The death toll in the first wave of floods has touched 14 in Assam with  more than 7 lakh people affected in one of the worst floods in recent times which have hit the state.

According to data provided by the Assam State Disaster Management Authority (ASDMA) late on Saturday, four people, including two children, drowned. The toll due to the disaster has now gone up to fourteen . Five others had died in a series of landslides since May 14.

About 7.12 lakh people have been affected across 29 flood-affected districts, with central Assam’s Nagaon being the worst hit. So far, 74,705 people have been shifted to 234 relief camps, an ASDMA statement said.

The report added at least 20 dykes have been breached across Assam and several bridges have either been washed away or damaged. Several roads have caved in or rendered unusable for vehicles while 43,090 houses have been fully or partially damaged across 2,251 flooded villages.

Twenty nine out of thirty three districts in Assam have been affected by the pre-monsoon showers.

Assam Rifles,National Disaster Relief Force (NDRF) is carrying put the rescue and rehabilitation works in the worst flood hit areas of the state.