During the meeting, he specifically reviewed the preparedness of all health facilities in the areas likely to be impacted by the cyclone 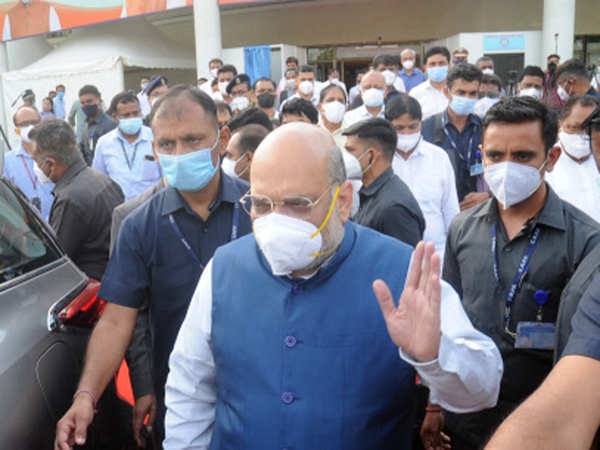 New Delhi: Union Home Minister Amit Shah on Sunday chaired a review meeting through videoconferencing with the Chief Ministers of Gujarat and Maharashtra and Administrator of Daman & Diu and Dadra Nagar Haveli, to assess the preparedness of States, UT,Central Ministries and agencies concerned.

During the meeting, he specifically reviewed the preparedness of all health facilities in the areas likely to be impacted by the cyclone wherein he directed the State administration, district collectors to make adequate power backup arrangements in all COVID hospitals, labs, vaccine cold chain and other medical facilities, officials said.

Further, Shah advised them to ensure adequate stocks of all essential medicines and supplies in hospitals, keeping in view likely disruption of movement of vehicles and directed them to make adequate arrangements for securing them from losses and for evacuation of patients of those facilities falling on the path of the cyclone.

They were also told to ensure safety of temporary hospitals set up near the oxygen generating plants and if needed, their patients may be shifted to other hospitals, they said.

While reviewing the cyclone impact on the oxygen generation plants located in the States of Maharashtra and Gujarat, Shah directed to make advance planning for keeping a buffer stock of oxygen for at least two days, so that in case of any disruption, supply to allocated States is not impacted.

The Home Minister also directed to make necessary arrangements for safety of power plants to ensure uninterrupted power supply to the hospitals and health facilities. He said that likely cyclone affected areas in Gujarat consists of industrial cluster so their safety must be ensured and industry should also remain alert.

Assuring all cooperation of the Central Government and its agencies to all states likely to be affected, he asked District collectors to coordinate with the private industries and ensure that their disaster management wing are totally geared up. DCs were also asked to closely engage with organisations and volunteers working for social cause at the local level.

Amit Shah further said that a 24×7 control room has been functioning in MHA, which can be contacted at any time for any assistance by the States and for any exigencies the Indian Coast Guard, the Navy, Army and Air Force units have also been put on standby and surveillance aircraft and helicopters are carrying out aerial sorties.

“MHA is in continuous touch with the State Governments/UT and the Central Agencies concerned. NDRF has pre-positioned 50 teams which are equipped with boats, tree-cutters, telecom equipment and 15 additional teams are being airlifted for deployment in Gujarat”, the Minister said.

Chief Ministers of Gujarat and Maharashtra assured to take all necessary measures, as advised by the Union Home Minister, for uninterrupted functioning of oxygen generating plants and safety of all health facilities.

The meeting was also attended by the Cabinet Secretary, Secretaries of Central Ministries of Home, Health & Family Welfare, Power, Department for Promotion of Industry and Internal Trade, Member, NDMA, Directors General of IMD and NDRF; Chief Secretaries of Gujarat and Maharashtra, Advisor to Administrator of Daman & Diu and Dadra Nagar Haveli, Disaster Management Secretaries and District Collectors concerned of Gujarat and Maharashtra and senior officers of MHA.