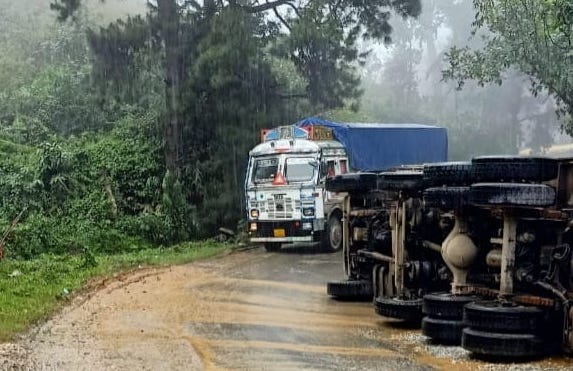 Shillong: Cyclone Si-trang has caused extensive damage to power lines and internet services and standing crops in Meghalaya, an official said on Tuesday.

Throughout Tuesday power supply was intermittent across the state, including the capital Shillong due to trees being uprooted and damaging electricity lines. Moreover, the telephone lines and internet services were also disrupted while it was drizzling for the most part of the day.The government declared a holiday for schools and colleges here on Tuesday.

Chief Minister, Conrad K Sangma held a review meeting with the Deputy Commissioners via video conferencing to assess the situation in the state due to cyclone Sitrang.

Sangma said that the meeting was to take stock of the extent of damage due to the cyclone and to work out the action plan to move forward.

The Chief Minister also urged the Deputy Commissioners to immediately work on restoration and relief measures and also pressed the Meghalaya Energy Corporation Limited to restore power at the disrupted areas at the earliest.

He also said Gratuitous Relief to the affected should be provided immediately as per the norms of NDRF.

The Deputy Commissioners in their preliminary assessment reported damage to houses, roads, paddy and areca nut plantations. Landslides and water logging was reported from some parts in Shillong.

The Deputy Commissioners also said that immediate assistance has been provided to affected households and populations and work for the restoration of power and clearance of roadblocks and landslides are underway or have been completed in most areas.

Director, Distribution, MePDCL gave a brief report on the damage to poles and power disruption and informed that MeECL personnel are in field on the job of restoring power but informed that rain and wind impeded restoration works in some areas.