This is her second medal in CWG. Her previous medal had come in the 2014 in Glasgow. 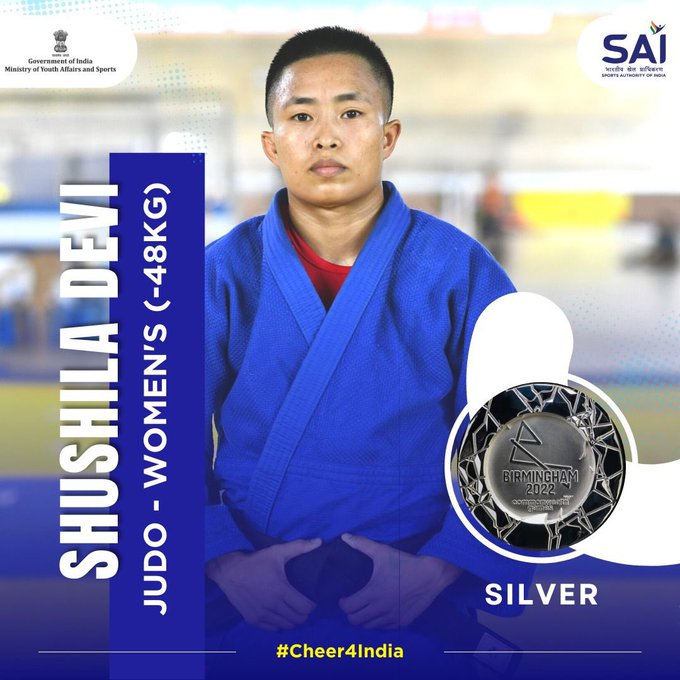 Shushila lost to Michaela in 4 minutes and 25 seconds in the final at Coventry Arena.

This is her second medal in CWG. Her previous medal had come in the 2014 in Glasgow.

Shushila, who earlier in the day, had defeated Harriet Bonface in the quarterfinal, notched up a second win by beating Priscilla Morand of Mauritius in the semis to assure herself a medal. With a silver guaranteed, Sushila was in for a gold finish, but came up short against South Africa’s Michaela Whitebooi in the final, nonetheless ensuring her second CWG medal.

The Indian judoka, who won a silver medal at the 2014 CWG and had represented India at the Tokyo Olympics last year, would be slightly disappointed with the result as one minor error cost her the match. But at the same time, Shushila would hold her head high knowing she’s returning home with a second CWG medal – separated by eight years. With agency inputs