State on Monday recorded five more deaths due to the viral disease, taking the casualty count up to 669 and 438 new cases of infection 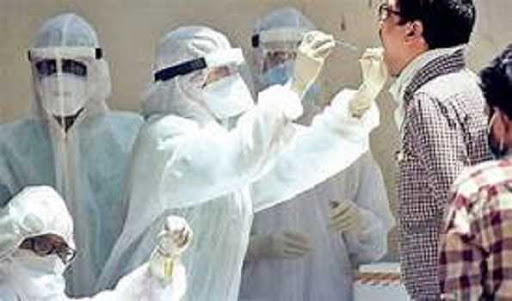 Shillong: The COVID-19 graph in Meghalaya appears to be on a gradual slide with the State on Monday recording five more deaths due to the viral disease, taking the casualty count up to 669 and 438 new cases of infection adding up to 5327 active cases, which has been on the decline over the past few days, health officials said.

The state also registered 689 more cases of recovery from the viral infection, adding up to 33, 160 recovered cases till date, even as the total confirmed cases till date was recorded at 39,156.

Director Health Services (MI), Dr. Aman War said the new cases of death due to COVID-19 included two each in East and West Khasi Hills districts and another in Ri-Bhoi.

On the other hand, active COVID-19 cases in the most affected district of East Khasi Hills, that includes state capital Shillong has come down to 2220, which, health observers feel is a case of “cautious optimism”.

Meanwhile, the swab samples of 6,00,888 persons tested since the onset of the pandemic till date, 5,61,732 were tested negative for the virus.

The vaccination drive against COVID-19 has been slowly picking up throughout the state, with the government taking up several measures to combat vaccine hesitancy by also involving religious bodies.

A Consultative Committee for COVID-19, constituted by the Meghalaya Government under the  chairmanship of chief secretary MS Rao, has emphasized on the need to seek the services of renowned doctors to disseminate information on the “importance of seeking timely treatment as well as removing misconceptions about vaccination”.