Even after his successful performance in the ministry, Deb had dropped him suddenly from the cabinet after 13 months of the government. 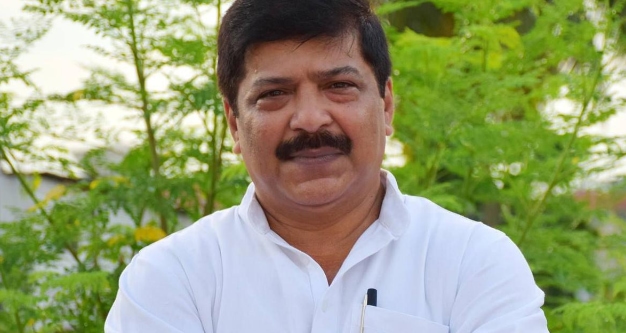 Agartala: The lone Congress MLA of Tripura Sudip Roybarman who won the by-election from Agartala last month after deserting the ruling BJP on Thursday announced that his team in Congress has been working on reducing the vote share of the BJP to 1.57 percent in 2023 assembly elections what it was before 2018.

Roybarman had been the main aggregator of BJP votes from Congress and CPI-M in the last election and he was the health minister of the Biplab Kumar Deb government.

Even after his successful performance in the ministry, Deb had dropped him suddenly from the cabinet after 13 months of the government.

Allegedly, he was made inactive in the party and insulted by the leaders of the state BJP on several occasions and former Chief Minister Deb was accused of conspiring against Roybarman but BJP central leadership didn’t do anything to resolve the rift.

Finally, in February this year Roybarman along with another BJP MLA Ashis Kumar Saha resigned from BJP and joined Congress.

Talking to the media Roybarman claimed that the saffron party in Tripura is not going to come back rather they are gradually heading towards from where they started with 1.57 percent votes in the 2013 assembly election and added, “We jumped to BJP in a team and raised its vote share to 43 percent in 2018 but in last four and half year’s performance BJP deserves to be a part of below two percent vote and we shall do it.”

The BJP leadership is aware that they have lost the support of the common people and that is the reason in the name of democracy and in an election they have been resorting to all unfair means and adopted terror tactics, Roybarman said adding that all likeminded parties would join hand for ousting BJP in Tripura in 2023 assembly election.

However, Tripura PCC Chief Birjit Sinha claimed, “Tripura Pradesh Congress has begun its journey afresh after the return of both the stalwarts in Congress and reactivated the united movement of opposition parties against BJP in the state. In the last five months, Congress regained its ground in the state and despite massive ragging and malpractices, Sudip Roybarman won the by-poll in an impressive margin.”

Sinha said as many as 28 leaders of BJP from eastern and southern constituencies of Agartala have joined Congress on Wednesday and hopefully in the next couple of months a large number of Congressmen who had gone to BJP are intending to return including a sizable number of MLAs.