Congress threatens to launch stir for President’s rule in Tripura

As many as 604 murders, 678 riotings, and 644 kidnappings – all politically motivated registered in Tripura in the last 52 months of BJP. 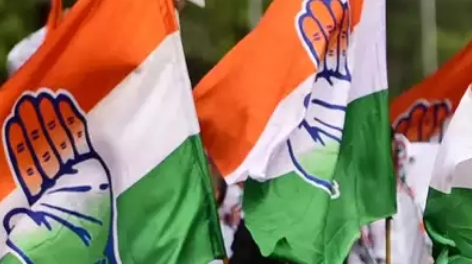 Agartala: A day after raising alarm in Delhi against the continuous deterioration of law and order in Tripura under the BJP’s rule for over 52 months, the Tripura Pradesh Congress Committee threatened to launch a mass movement seeking President’s rule in the state.

Pradesh Congress Committee President Birjit Sinha alleged that BJP cadres under the direction of a cabinet minister stepped up violence and attacks on the opposition supporters and on Saturday night house of a former BJP leader who joined Congress was demolished by a bulldozer and valuables were looted in Jirania area of eastern Agartala.

“In connivance with the police, BJP cadres attacked the house of congress leader Keshav Sarkar who was the main architect of the victory of information minister Sushanta Chowdhury in 2018 on BJP ticket. They rolled down a bulldozer in the main entrance and demolished all the houses; thereafter, looted cash and valuables from the house,” Sinha alleged.

He pointed out it was the fifth attack of BJP goons on Keshav in the last six months after he joined Congress and the latest one appeared to be murderous along with his entire family members but somehow they managed to escape the attack.

“Keshav made calls to the police station, some police officers, and sub-divisional police officers for an hour when the miscreants were demolishing and looting his house but none responded. After the miscreants left the place police came to the spot, which indicates police were informed and advised to stay away during the incident, and even two days no case has been registered,” Sinha alleged.

Meanwhile, the former BJP minister and now the only Congress MLA in Tripura Sudip Roybarman said the worst ever law and order situation of the state has been informed to central leaders and brought to the notice of all concerns.

“Tripura is going for election latest by February next year and there is no administration. A complete jungle raj and there is no chance of any democratic event including holding an election. As many as 604 murders, 678 riotings, and 644 kidnappings – all politically motivated registered in Tripura in the last 52 months of BJP. Therefore, except president’s rule, no other option left for the state,” Roybarman stated.

The police, BJP leaders, and ministers have joined hands for resorting to violence to terrorize the situation, so that, the ruling BJP can able to loot the vote in the assembly election, which opposition parties would not allow and if required all the non-BJP parties move jointly to unseat this hooligan party, Sudip Roybarman asserted.

He reiterated the demanded probe into all attacks against opposition parties workers by BJP cadres since 2018 by a sitting High Court judge and immediately imposed President’s rule in Tripura to ensure the security of the people of the state.

The law and order situation in Tripura is so dreadful that 165 important files from the state police headquarters and 450 files from the education department were stolen in a few days to “protect” some corrupt BJP leaders and ministers, he added.