Delhi Traffic Police has also issued a traffic advisory and alerted the commuters to avoid several routes during farmer's Mahapanchayat. 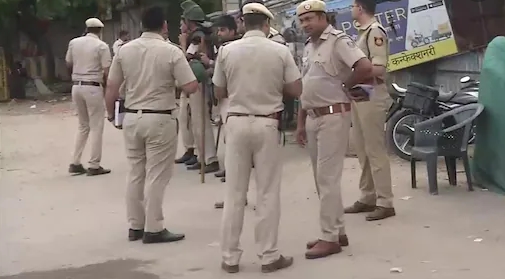 According to the police, farmer groups were gathering at Jantar Mantar to organize the mahapanchayat demanding proper implementation of Minimum Support Price (MSP), besides seeking removal of Minister Ajay Kumar Mishra, whose son Ashish Mishra is said to be involved in the Lakhimpur Kheri massacre.

Heavy deployment of forces is in place at the Tikri border, major intersections along the railway tracks, and the metro station to avoid any untoward incident.

A fool-proof plan is underway to handle any law and order situation, the Delhi Police said.

Delhi Traffic Police has also issued a traffic advisory and alerted the commuters to avoid several routes during farmer’s Mahapanchayat.

Traffic Police tweeted and wrote, “In view of farmers mahapanchayat at Jantar Mantar, Delhi Traffic Police requests commuters to plan their journey in advance and avoid roads for convenience.”

Yogendra Yadav, leader of Samyukt Kisan Morcha, clarified that Kisan Mahapanchayat has nothing to do with SKM.

Yadav tweeted, “Just to clarify: the “Kisan Mahapanchayat” being organized in Delhi today has nothing to do with Samyukt Kisan Morcha.”