“There is no proper engagement to increase the revenue of the corporation. Now the monthly revenue collection is around 80 to 85 crores whereas the monthly expenditure is around 110 crores. The MeECL has been put into dept trap,” Zenith further said. 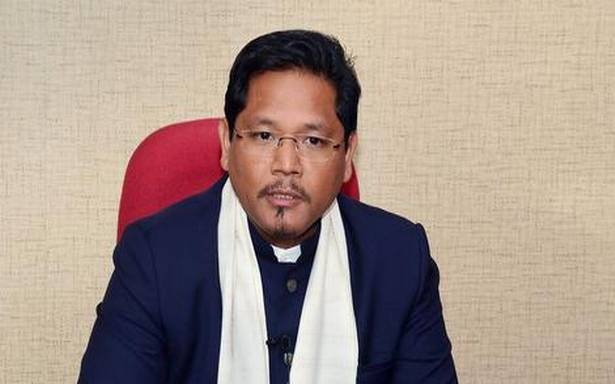 Shillong: Senior Congress legislator, Zenith Sangma on Sunday raised issues over the functioning of the Meghalaya power department, stating that he did not understand as to how the Power Minister, James K. Sangma and NPP could say that he had apprehension that he might influence the Inquiry Commission headed by a retired Judge and justifying his continuance as Minister of Power.

“We should remember that the allegations of corruption were not only against the CMD but equally against the Minister of Power as well. The Minister is the head having the supreme executive power in the Power Department. Therefore, it is obvious that anybody in that position can destroy or manipulate the evidence or tamper the submission of the relevant documents before the Inquiry Commission,” the Congress legislator said in a statement.

“I have not said that I am against Self Identified Project. But the way EOI (Expression of Interest) was floated is not correct. Yes, we want developers to come and invest. But the EOI should have been at proper time not during the time when the State is having complete and partial lockdown because of Covid Pandemic. There is every chance that this can also be another scam. Therefore I just cautioned the Government. As it creates suspicions that there can be malafide intention,” the veteran Congress legislator maintained.

“The interest of the local people has been always ignored by this present Power Minister. Be it local contractors or officers. What is the logic in awarding all the contract works to the outside companies/firms on turnkey basis at very exorbitant rates, who in turn re-alloted the same works to the local contractors (as sub-contract) at the lower rates,” Zenith alleged.

“What is the logic behind appointing Rupesh Kumar as the adviser to the Power Minister and Manish Gupta as the adviser to the CMD of MeECL (Meghalaya Energy Corporation Limited) on Pro-bono basis. These advisers are without any salary or remuneration and even TA/DA is not applicable, whereas their duties and functions are enormous,” he contended.

“There is no proper engagement to increase the revenue of the corporation. Now the monthly revenue collection is around 80 to 85 crores whereas the monthly expenditure is around 110 crores. The MeECL has been put into dept trap,” Zenith further said.

“The CMD claimed that in the month of June, 2021, the generation capacity increased from 60 MW up to 150 MW (approx) out of 356 MW of installed capacity. Therefore I believe, the revenue must also have been increased. So, what is the revenue collection in the month of June, 2021. I want the reply from the Minister of Power on all these above queries,” the Congress spokesperson demanded.