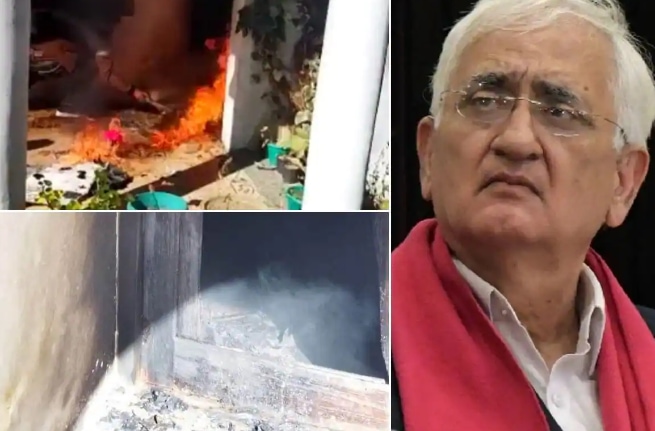 New Delhi: The Nainital home of Congress leader Salman Khurshid was vandalised and set on fire Monday, days after his new book on Ayodhya sparked a controversy by drawing a parallel between “Hindutva” and radical Islamist groups, the NDTV reported.

Sharing the visuals, the Congress leader said in a post, “I hoped to open these doors to my friends who have left this calling card. Am I still wrong to say this cannot be Hinduism?”

So such is the debate now. Shame is too ineffective a word. Besides I still hope that we can reason together one day and agree to disagree if not more,” he wrote in another post.

DIG (Kumaon) Neelesh Anand told news agency ANI that a case has been registered against 21 people in connection with the incident. “Rakesh Kapil and 20 others have been booked. Strict action will be taken against perpetrators,” he said.

Congress leader and MP Shashi Tharoor slammed the incident. “This is disgraceful. @salman7khurshid is a statesman who has done India proud in international forums & always articulated a moderate, centrist, inclusive vision of the country domestically. The mounting levels of intolerance in our politics should be denounced by those in power.”