People were forced to go to private hospitals for treatment and as the death percentage, the positivity rate was increasing, the Manipur government had failed its duty to control it, he said. 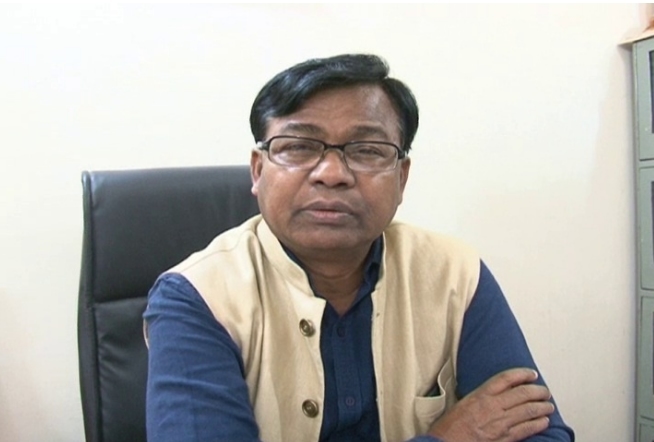 Imphal: AICC in charge of Manipur, Bhakta Charan Das, former Union Minister Thursday questioned the silence of Prime Minister Narendra Modi on Pegasus snooping issue and blamed Manipur Chief Minister N Biren for failure to control the Covid situation.
He said the government should come out with a White paper on the Pegasus issue and order a probe.
Addressing the media here at the Congress Office, Bhakta Charan Das said many people died due to Oxygen shortage in the country and Covid cases were increasing rapidly in Manipur. He said ventilators were not available in hospitals also.
People were forced to go to private hospitals for treatment and as the death percentage, the positivity rate was increasing, the Manipur government had failed its duty to control it, he said. He alleged that
the government was not concerned to save people’s lives even though Covid positivity cases was 19.3 per cent on Wednesday, he said.
The money spent for vaccination was the nation’s money and money collected for Covid was also not spent, he said. The government is going for cheap advertisements he alleged.
The government was not able to pay ex-gratia to those who died due to Covid, he said. He also asked why PM Modi is not giving attention to Manipur when the situation was so grim.
People are suffering as curfew has been imposed for a long time and
the government has also not come up with proper financial and food
packages for the people, he said. The BJP government was only
interested to remain in power by any means, he said. The BJP government should realize that this is a human issue. CM should openly say he has failed and say sorry to the people.
The government under PM Narendra Modi was busy snooping on people especially journalists, civil rights, human rights activists and those who want to protect the Constitution, he said. Constitutional rights have been taken away by the government and individual, institutional rights were denied. It is extremely dangerous that the Election Commission was snooped upon, he said. Why is the PM silent on the matter he asked?
The government should present a White paper on Pegasus and Supreme Court led judicial probe should be ordered. He questioned who benefitted from Pegasus, and stated that there is an Undeclared emergency. How can India be safe when people are not safe, he added.
He said Congress has started for elections in the state and a
resignation letter was submitted by Party President K Govindas. The
Congress party will take a call on the matter soon by consulting all.
Das said the BJP government in Manipur has no right to be in power and it should respect the Constitution and the Constitutional values.