He claimed that there is anger among the youth for this scheme. 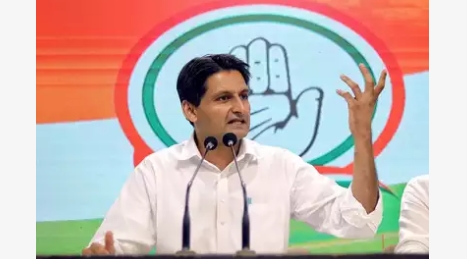 New Delhi: Congress will take to the streets against the BJP-led government at the Centre over “unemployment” and “Agnipath scheme”, a party leader said on Wednesday.

“After August 15 we will take to the streets, as we did against inflation, on record unemployment and rollback of Agnipath scheme,” Congress MP Deepender Singh Hooda said at a press conference here.

As part of the protests, Hooda said the party will hold various programs.

Attacking the ruling dispensation, the MP said, “If Agnipath scheme is in the interest of the country, then why the government ran away from a discussion over the same in the Parliament (Monsoon session). We gave several notices on unemployment, Agnipath, and farmer issues, but the government did not allow discussion.”

“We are opposing this scheme because it is neither in the interest of the country nor the army or for the future of youth. I want to tell the government not to insult the helplessness of youth,” he said.

He claimed that there is anger among the youth for this scheme.

Hooda also said the Congress extends its full support to Samyukt Kisan Morcha and the United Front of Ex-Servicemen for their campaign against the new recruitment scheme in the armed forces.