The bio-fuel plant of Panipat will free Mother Earth from the pain caused by stubble burning, he added. 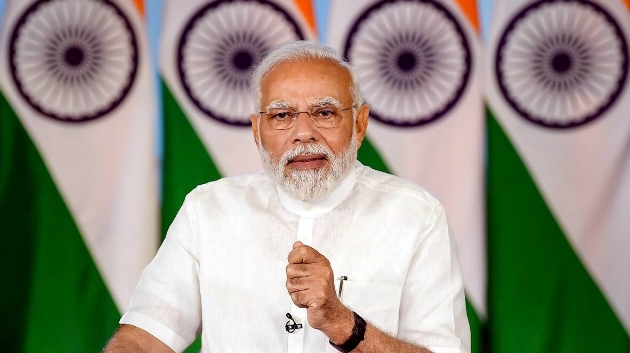 New Delhi: Those who opt for short-cuts may get accolades and political gains for some time, but they cannot solve problems, Prime Minister Narendra Modi said on Wednesday while stressing that the government is focused on permanent solutions to problems instead of walking on short-cuts.

The Prime Minister was speaking while inaugurating the 2nd generation (2G) Ethanol Plant in Panipat via video conferencing on World Biofuel Day. The Plant will utilise about 2 lakh tonnes of rice straw (parali) annually to generate around 3 crore litres of Ethanol annually- thereby disposing of the stubble without burning.

“Adopting a short-cut definitely leads to a short-circuit. Instead of walking on short-cuts, our government is engaged in permanent solutions to problems. So much was said about the problem of stubble for years but the people who opt for short-cut could not give a solution,” the Prime Minister said.

The 2G Ethanol Plant aimed at transforming the energy sector into being more affordable, accessible, efficient and sustainable, has been built at an estimated cost of over Rs 900 crore by Indian Oil Corporation Ltd. (IOCL).

The bio-fuel plant of Panipat will free Mother Earth from the pain caused by stubble burning, he added.

“This plant will provide a long-term solution for usage of agricultural waste and will provide sustainable energy for the country. This is a transformative step for farmers in the nation,” he said.

The Prime Minister said the plant will help in maintaining soil health and will also become a new source of income for farmers.

“In our country that worships nature, biofuel is synonymous with protecting nature. Our farmers understand this better. Biofuel for us means green fuel, environment-saving fuel. The ethanol plant will help in the usage of the crop stubble that was earlier burnt. From the cutting of the stubble to its usage in the plants, will all be done through the use of new technologies,” the Prime Minister said.

According to the PMO, the Plant is part of a series of steps taken by the government over the years to boost the production and usage of biofuels in the country.

This is in line with the Prime Minister’s constant endeavour to transform the energy sector into being more affordable, accessible, efficient and sustainable, the PMO added.

The PMO said that the Plant is based on state-of-the-art indigenous technology. It said that the project will turn a new chapter in India’s waste-to-wealth endeavours by utilising tonnes of rice straw annually to generate Ethanol.

Creating an end-use for the agri-crop residue would empower farmers and provide an additional income generation opportunity for them.

The project will have zero liquid discharge.

Through a reduction in burning of rice straw (parali), the project will contribute to a reduction of Greenhouse Gases equivalent to about 3 lakh tonnes of Carbon Dioxide equivalent emissions per annum, which can be understood as equivalent to replacing nearly 63,000 cars annually on the country’s roads.