Complete shutdown in Ladakh to assert demand for Statehood

Official sources said, all shops and business establishments were closed and transport, private as well as government was off the roads in all districts and sub divisions and blocks of the Union Territory. 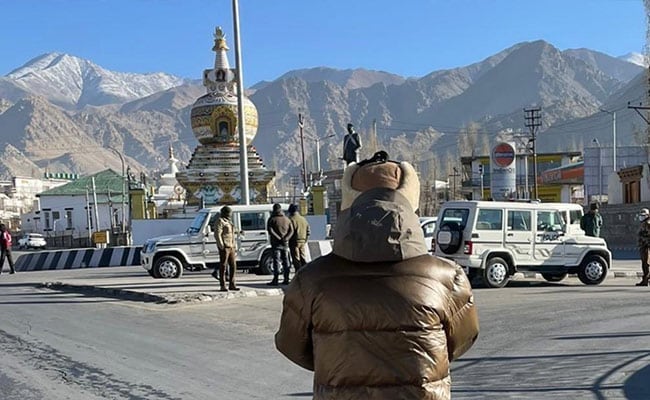 Srinagar: A complete shutdown was observed in the Ladakh Union Territory (UT) on a joint call given by Leh Apex body (LAB) and Kargil democratic Alliance (KDA) in favour of their demands including a statehood from the central government.

Official sources said, all shops and business establishments were closed and transport, private as well as government was off the roads in all districts and sub divisions and blocks of the Union Territory.

The shutdown hit the normal life across Ladakh UT.

The special status of J&K state was scrapped on August 5, 2019 and erstwhile state was divided into union territories of J&K and Ladakh

The call was issued by LAB and KDA who are demanding a full statehood be given to the UT besides constitutional safeguard, recruitment of youth on fast track and separate seats for Leh and Kargil in Lok Sabha and Raj Sabha.

The shutdown was peaceful and there was no untoward incident reported from any part of the UT.

Meanwhile, talking to mediapersons the KDA head Asgar Ali Karbali said despite the minus temperature people of Ladakh have overwhelmingly supported the band call and made it successful.

He said “our struggle will continue till the government of India and Home Ministry call the KDA and LAB a joint apex body for talks to settle down all issues”.

He said some vested interests try to sabotage the call, but people have shown them doors by observing successful bandh, Karbali said.

Social activist Sajad Kargili praised the people of Ladakh for observing complete bandh in favor of their four demands.

Talking to media persons Kargili said “some vested interested people do not respect the aspirations of the people of Ladakh but it will not hamper our struggle for our four demands including a statehood, constitutional safeguard, recruitment of youth and separate seats in Lok Sabha and Raj Sabah for Leh and Kargil districts.

He alleged that some people from Bharatiya Janata Party (BJP) tried to sabotage the bandh call. But the unity and strength among the people of Ladakh proved to them they would not succeed in their nefarious designs.

“I urge all people including BJP to come forward and become a part of our struggle”, Karbali added.