He said the NDA government should understand the situation and the message of the Yatra. 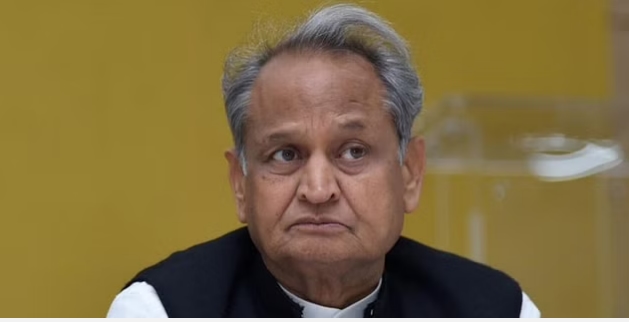 Kanyakumari: Rajasthan Chief Minister Ashok Gehlot on Wednesday said there is a situation in the country that may push it towards ‘civil war’, and the Bharat Jodo Yatra is an attempt to ease the situation.

Addressing a press conference here ahead of the launch of the Yatra, Gehlot, whose name has been making rounds as a probable for the party president’s post, also said that the Congress workers want Rahul Gandhi to lead the party.

Talking about the 3,500 km-yatra, the 71-year-old politician who has been chief minister thrice, said it aims to counter communal polarisation, as well as take the message to the masses on the economic situation.

“There is so much polarisation and hatred, a situation is there in the country if it continues there will be civil war… In areas where any community is in minority, they feel scared…,” Gehlot said.

“The social fabric has weakened,” he said.

He said the NDA government should understand the situation and the message of the Yatra.

Asked if Rahul Gandhi, who is leading the Yatra, will be elected as party president in the upcoming organizational elections, he said the Congress wants him to lead as the Gandhi family has the highest credibility.

“(Congress President) Sonia Gandhi was not even interested in joining the party. We requested her repeatedly. We told her the generations to come won’t forgive if the Congress gets disintegrated,” Gehlot said.

He reminded us that no member of the Gandhi family has taken any position in government in the last 30 years.

“Rahul Gandhi resigned on moral grounds after we lost elections. He said he will do whatever Congress says. All party workers will together face all challenges under his leadership,” said Gehlot.

The Yatra will start from Kanyakumari and cross 12 states and two union territories.