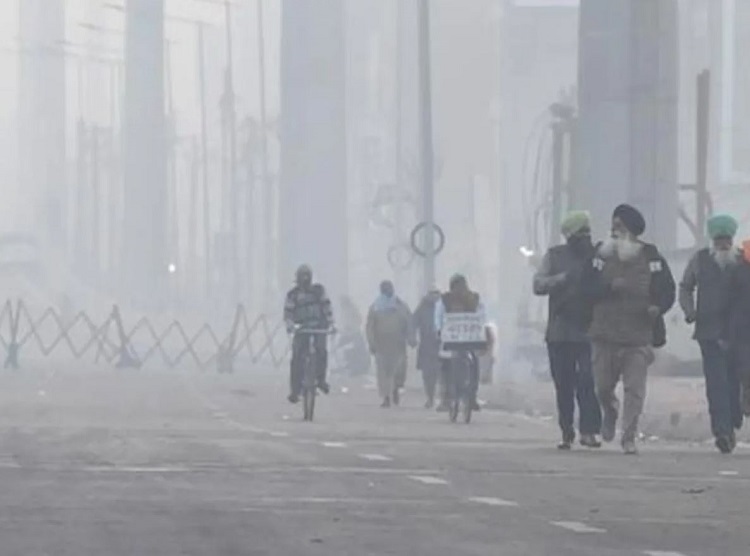 IMD has also predicted dense to very dense fog over Punjab, Haryana, and north Rajasthan during next 24 hours. However, Dense Fog in isolated pockets likely over the region during subsequent 3 to 4 days.

Saurashtra and Kutch regions are likely to see cold wave conditions over the next 24 hours, IMD said on Monday. On Sunday, the lowest minimum temperature of 2.5°C was reported at Churu (West Rajasthan) over plains of the country.

Most parts of Punjab, Chandigarh and Haryana witnessed minimum temperatures in the range of 3 to 7 degree Celsius

A cold wave occurs when temperatures drop to 4 degrees Celsius or lower, or 4.5 degrees below normal mark.

The weather agency has forecast snowfall in higher reaches of the Kullu, Chamba, Lahaul-Spiti and Kinnaur districts of Himachal Pradesh after a fresh western disturbance (WD) is expected on December 26 (Monday).

As per IMD, the current conditions are likely to prevail for the next two to three days after which the cold is expected to abate with temperature rising by 2 to 3 degree celsius.

On other parts of the country, IMD said, light to moderate rainfall at many places with heavy rainfall at isolated places is likely over south coastal Tamil Nadu and south Kerala as the Depression over the Southwest Bay of Bengal off Sri Lanka coast moved southwestwards.