Chief Minister Neiphiu Rio called upon the gathering to promote and preserve the rich culture and heritage by documenting it. 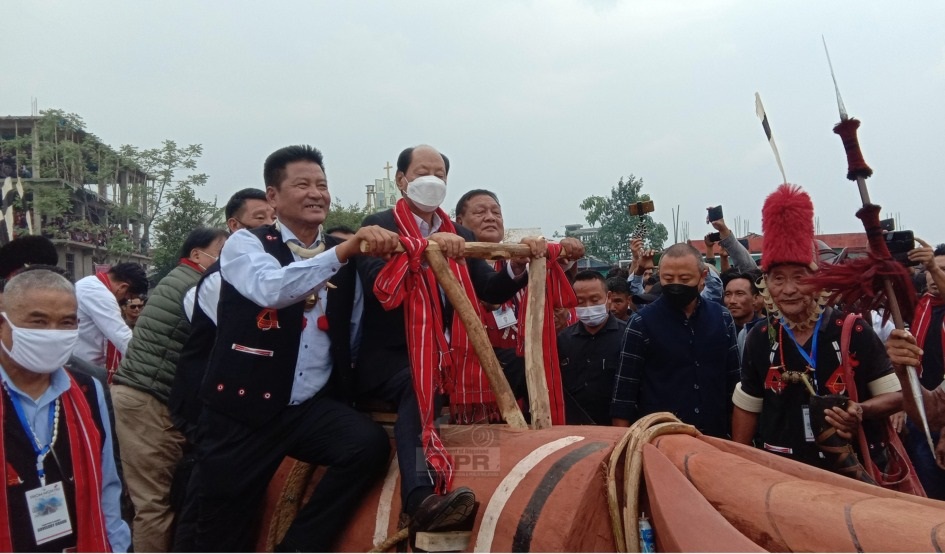 Kohima: Greeting the people on the occasion of the Phom Monyu Tribal Festival celebration at Local Ground, Longleng Tuesday, Chief Minister, Neiphiu Rio, who graced the program as the Special Guest, called upon the gathering to promote and preserve the rich culture and heritage by documenting it.

Rio stated that in order to promote and preserve these rich culture and traditions of the people, mini hornbill festivals and tribal festivals are organised in every district of the State to represent in the State Hornbill Festival.

He advised the people to preserve and promote their rich unique culture and attires without imitation to attract tourists. Asserting that Nagaland is a tribal state with every tribe having their own unique tradition, culture and festivals, he said the Government has named the state as the “Land of Festivals”.

Citing that festival is a time of celebration to renew friendship and social bound with love and forgiveness, the Chief Minister urged the people to celebrate with their hard earned labour without dependency.  While appreciating the Monyu festival, he said it is a unique festival because it shows more love and respect to the womenfolk.

He exhorted the gathering to promote and protect the rich biodiversity and scenic beauty of the land while cultivating their fields. He advised the people to live with peace and harmony and that added development takes place only in a peaceful environment.

Rio also assured for blacktopping of Longleng Town roads and asked the Executive Engineer (R&B), Longleng to come up with detail estimate for the project.

In his Monyu greetings, festival host, S. Pangnyu Phom, Minister for Health and Family Welfare urged the people to observe the festival with meaning for a bountiful harvest in every walk of life and to be an agent of change and torch bearer.