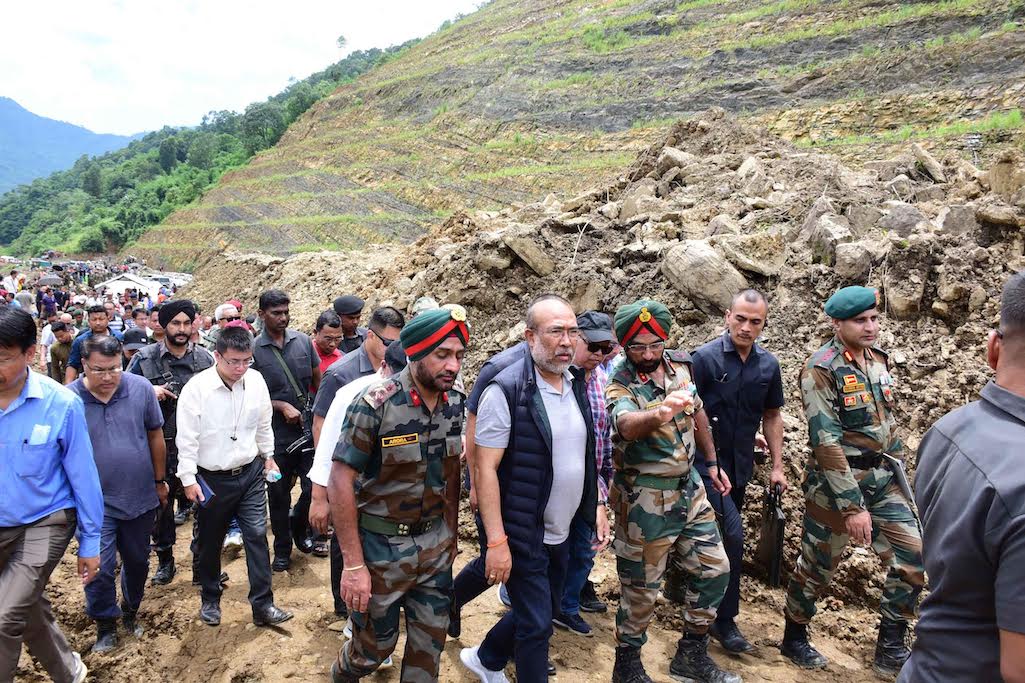 Imphal: Chief Minister N. Biren Singh visited the Tupul Railway Construction Camp, Noney where the unfortunate landslide had occurred leaving several casualties, for the second time today and personally reviewed the rescue operation being taken up at the site. He also visited the landslide area yesterday to see the situation.

Briefing the media at the very spot, N. Biren Singh termed the massive landslide as one of the worst incidents happened in the State adding that 81  persons had been affected, out of which 18 persons had been rescued.

He continued that the rescue operation team consisting of Manipur Police personnel, NDRF, SRDF and Army personnel had recovered 8 more bodies today in addition to 8 bodies which were recovered yesterday. Due to the soft condition of the soil, roads to the actual area of landslide couldn’t be restored, he said, stating that the State Government had put all efforts using possible manpower and machines to recover the missing persons.

The Chief Minister expressed thankfulness to Prime Minister, Narendra Modi and Union Home Minister, Amit Shah for showing much concern on the incident and providing assistance by sending NDRF personnel. He was hopeful that all the missing persons would be found within 2 to 3 days.

He informed that an equipment had been brought from Ladakh by the Army which could locate where about of the dead bodies using its through wall radar system.

He lauded the rescue operation team for their tireless efforts to recover the missing persons.