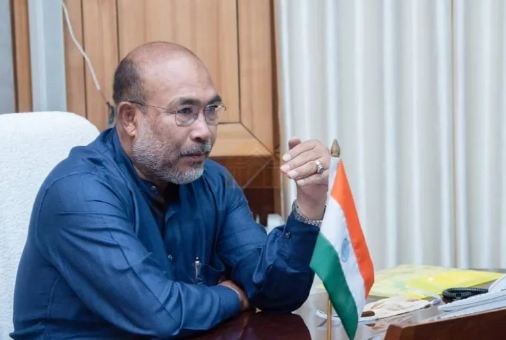 She also instructed all Heads of Department to attend the function without fail along with at least 30 officers/ employees from each of the respective departments and the DGP should also participate along with at least 100 officers and personnel from Valley district in pursuance to Home Department’s letter No. 36/20/2022-H(AKAM) dated August 8, 2022.

She further added that the Government officials found absent in the function shall be viewed seriously considering that Har Ghar Tiranga programme under the aegis of the Azadi Ka Amrit Mahosav is the initiative of the Government of India to celebrate and commemorate 75th year of India’s Independence and the glorious history of its people, culture and achievements.

Chief Minister of Manipur, N. Biren Singh will attend the function of mass sale /distribution of National Flags as the chief guest