One JCO suffered a minor injury in hand in the operation which had briefly ensued, he informed, while adding that “enhanced vigil in the area continues”. 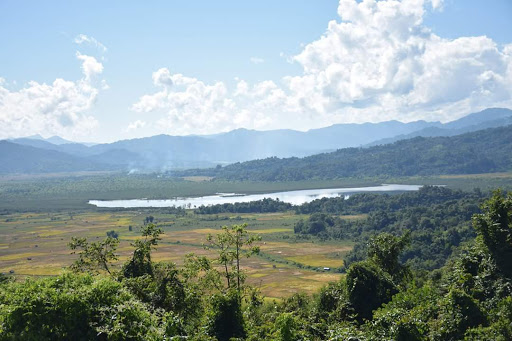 Itanagar: Ahead of the forthcoming 75th Independence Day celebrations, troops of Assam Rifles (AR) on Tuesday foiled an infiltration bid by insurgents from across the India-Myanmar border at Pangsau Pass in Changlang district of Arunachal Pradesh, a Defence spokesperson said.

“Enhanced domination of Indo-Myanmar Border is being ensured due to multiple inputs by intelligence agencies of likely infiltration as also sabotage activities in view of upcoming Independence Day,” the Defence PRO said.

He said that a group of insurgents attempted infiltration in the garb of bad weather, poor visibility and standoff fire at Pangsau Pass. Following swift and immediate retaliation by Assam Rifles troops, the infiltration bid has been foiled.

One JCO suffered a minor injury in hand in the operation which had briefly ensued, he informed, while adding that “enhanced vigil in the area continues”.

Earlier in the day, a Defence spokesperson said that a junior commissioned officer (JCO) of Assam Rifles was injured when suspected militants from across the international border opened fire on the troops of the paramilitary force in Arunachal Pradesh on Tuesday.

He said the incident took place along the Indo-Myanmar border in Arunachal Pradesh’s Tirap-Changlang area when the AR troops were on patrolling duty in view of the forthcoming Independence Day celebrations.

“Incident of firing on Assam Rifles troops by militant groups from across the Indo-Myanmar border took place early morning today in the general area of Tirap-Changlang,” the Tezpur-based Defence PRO Lt Col A S Walia said.

The Assam Rifles troops were undertaking enhanced patrolling activities in view of heightened vigil for the forthcoming Independence Day, he said.

Though no militant group has claimed responsibility for the firing incident so far, members of proscribed ULFA(I) and NSCN (K-YA) are suspected to have been involved in it.