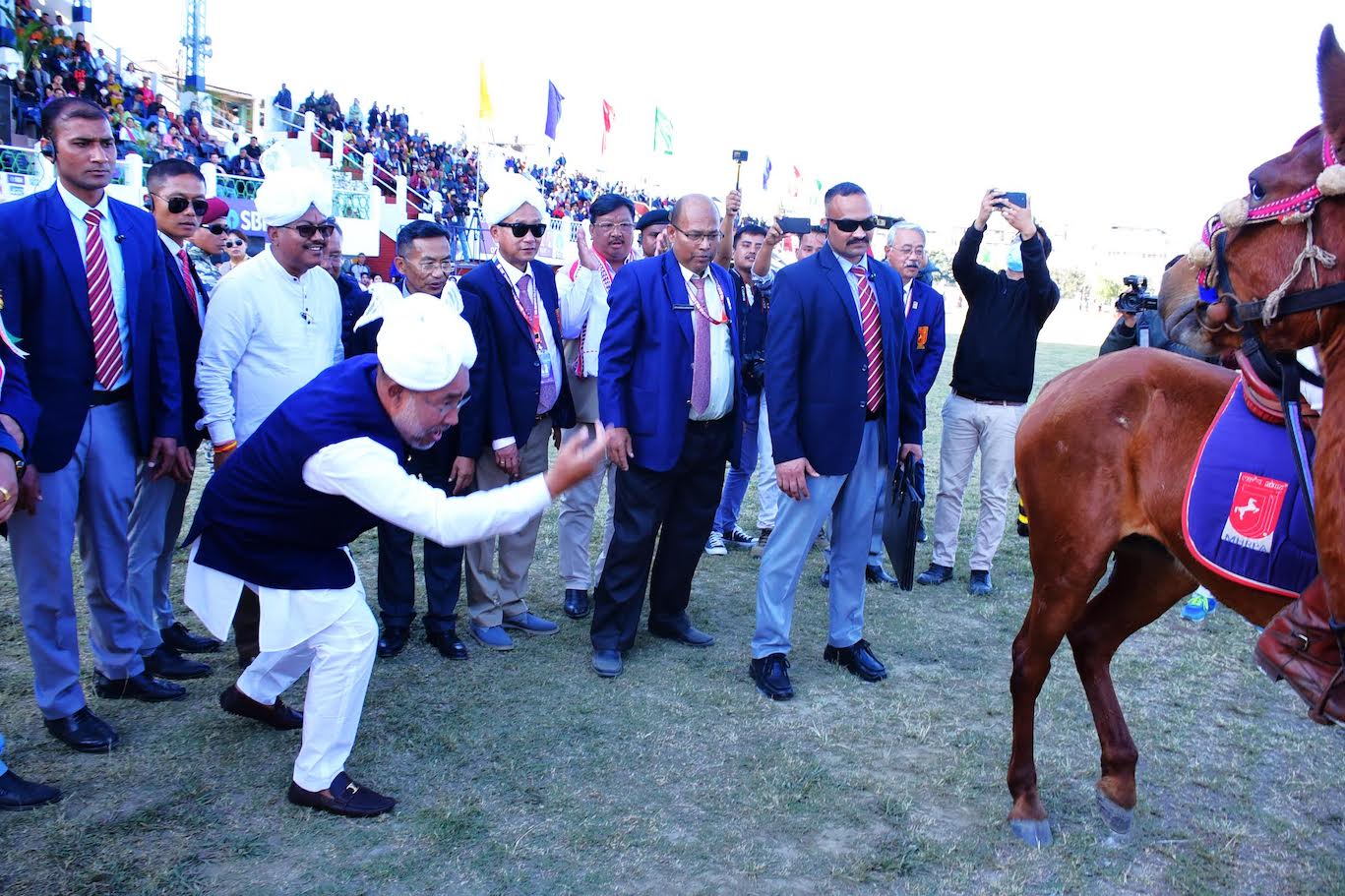 The State government will soon be developing polo grounds in Imphal East, Imphal West, Thoubal and Bishnupur, N. Biren said, adding that this will ensure that district-level polo tournaments have adequate infrastructure and facilities to host tournaments.

These polo grounds will also give our international guests the unique experience of playing polo just as our forefathers did in the ancient past, he stressed.

Further highlighting pony conservation measures taken up in the State, the Chief Minister stated that the State government is developing a ‘Pony Reserve’ and also helping the Manipur Horse Riding and Polo Associaiton to create a ‘Polo and Pony Complex’ on the 31 acres of land granted to them. He also highlighted the introduction of the ‘Sagol gi Police’ (or Mounted Police Force.

He said the State also believes that conserving the Manipur pony can be sustainable only if there is a Polo Tourism Policy and for which the government has made Manipur Polo International an integral part of the annual international ‘Manipur Sangai Festival’, the State’s biggest tourism festival.

N. Biren Singh also said that the government has started the ‘1st Chief Minister’s Sagol Kangjei Championship’ in the Manung Kangjeibung or Inner Polo Ground which is located inside the Kangla and added “We believe this traditional polo tournament will keep the links between modern and traditional polo.

He said that in Manipur, polo is played on the indigenous polo ponies and that the tournament helps create greater global awareness and support for the “Save the Pony” campaign in Manipur.

The Chief Minister was also optimistic of State lads becoming international professional players in a few years and said that the standards of the game in Manipur are fast improving, and we are confident that in a few years, Manipuri boys can become international professional players with the right opportunity and facilities. Some 32 local polo teams are now participating in the State Level tournaments, the Chief Minister added.

N. Biren Singh also said that the visit of polo teams from across the five continents to Manipur Polo International since 1991 has fired the imaginations of the youths of Manipur and that the number of polo players in Manipur has increased.

The Chief Minister also said, “I am informed that many foreign teams have not been able to participate in the tournament this year because of travel advisories or other last-minute problems. We will miss them but not their spirit.”

He also stated that the government was indebted to the people who cared for polo and the Manipur Pony.

The opening match was played between the United Kingdom and Indian Navy. Cultural performances and a march past by the participating teams were the highlights of the inaugural function.