After being sworn-in as the Chief Minister on Monday, Sarma, who was the health minister in the previous dispensation, had said the ongoing battle against COVID-19 would be the biggest focus of the government. 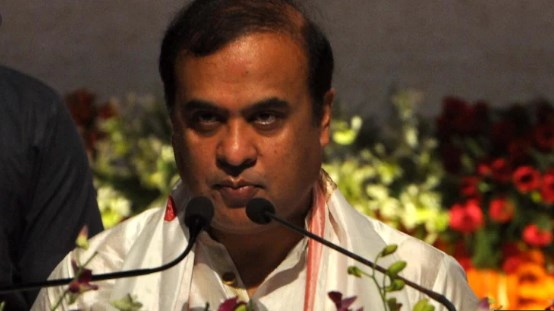 Guwahati: Assam Chief Minister Himanta Biswa Sarma on Wednesday directed officials of the Finance Department to give topmost priority to clear files of the health sector for augmenting the states fight against the pandemic, the PTI reported.

After being sworn-in as the Chief Minister on Monday, Sarma, who was the health minister in the previous dispensation, had said the ongoing battle against COVID-19 would be the biggest focus of the government.

At a meeting with officials of the Finance Department meeting where Finance Minister Ajanta Neog was present, the chief minister asked them to clear the files without any delay to strenghten the governments proactive measures against the pandemic.

Sarma also instructed the department to expedite the release of funds for welfare schemes, a government release said.

Asserting that the momentum of development of a state depends to a great extent on its finance department, he wanted the officials to seamlessly continue with the best practices implemented over the last five years for sustaining the good fiscal health of the state.

He also asked the officials to include more beneficiaries under the ambit of the Orunodoi scheme, besides releasing funds under SVAYEM scheme for the empowerment of youth.

Under the Orunodoi scheme launched in October last year, financial assistance of Rs 850 would be provided through Direct Benefit Transfer to around 17 lakh families in the state. Women being the primary caretakers of the family will be the beneficiaries.

On the distribution of scooties under the Banikanta Kakati Merit Award of the Pragyan Bharati scheme, the chief minister directed the department to complete the modalities to carry forward the scheme and distribute the remaining two-wheelers among girl students on an urgent basis.

At the meeting, Sarma also asked Principal Secretary Finance Samir Sinha to take the lead in assessing the existing vacancies in government departments to enable the state government to take up pragmatic steps for recruiting one lakh people.