Cleanliness drive along Tiddim Road in Bishnupur dist carried out

The cleanliness drive was carried out from Khwairakpan Lamkhai to Oil Pump House which falls under Ngaikhong Khullen Gram Panchayat of the Bishnupur district. 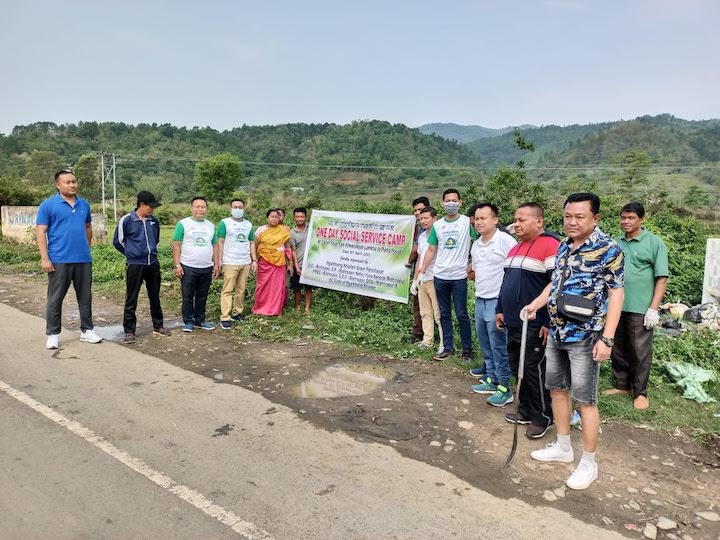 Bishnupur: Large pile of plastic bottles, and other degradable and non-degradable wastes was cleared Saturday along Tiddim Road in the Bishnupur district.

The cleanliness drive was carried out from Khwairakpan Lamkhai to Oil Pump House which falls under Ngaikhong Khullen Gram Panchayat of the Bishnupur district.

The drive was jointly carried out by District Administration, Bishnupur, District Forest Officer, Superintendent of Police, and NYK, Bishnupur under the initiative of Ngaikhong Khullen Gram Panchayat to sensitize the people on cleanliness and solid waste management.

Deputy Commissioner L. Bikram, taking part in the drive, stated that the district is one of the important tourist centers of the state and attracts many visitors and tourists throughout the year. The continuous inflow of visitors together with daily commuters consequently produces a substantial amount of waste which is not only unpleasant to the eye but also hazardous to health.

The DC said that routine drives would be carried out for maintaining cleanliness along the stretch of Tiddim Road under the Bishnupur District. He further informed that the district administration will tie up with the local and urban bodies to arrange waste bins at strategic locations and signboards will be put up to prevent people from littering.

Maintaining that cleanliness in the district as well as in the other parts of the state will not be possible without the participation of the people, he appealed to the people to imbibe a sense of responsibility in promoting cleanliness and strive to become a model district for others to emulate.