The two-time Grand Slam Doubles winner's sudden disappearance from the public after sharing a social media post last month sparked global concern. However, in a video interview with a Singaporean Chinese-language newspaper, Shuai stated that her post had been misunderstood. 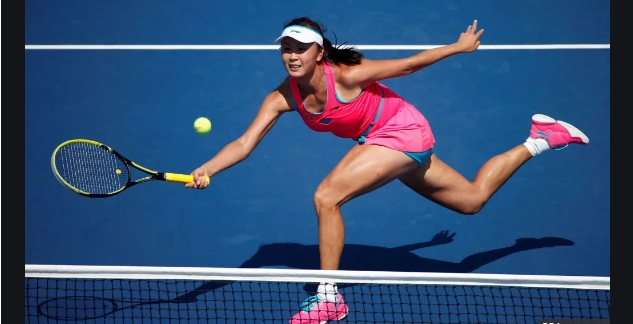 Beijing: Chinese tennis star Peng Shuai on Monday reversed her assertion that she had been sexually assaulted, in her first interview since alleging a top official of having forced her into sex.

The two-time Grand Slam Doubles winner’s sudden disappearance from the public after sharing a social media post last month sparked global concern. However, in a video interview with a Singaporean Chinese-language newspaper, Shuai stated that her post had been misunderstood.

“I have never said or written that anyone sexually assaulted me. This point must be emphasised very clearly,” Shuai told the newspaper as reported by BBC.

In November, Shuai took to the Chinese social media platform Weibo and accused former Vice-Premier Zhang Gaoli of forcing her to have sex with him.

Women’s Tennis Association (WTA) said that it was still concerned that the Chinese tennis player was being censored by the state.

However, the 35-year-old Shuai dismissed that she was not under surveillance.

“Why would anyone monitor (me?) (I have) always been very free,” she said.

The interview took place on the sidelines of a sporting event in Shanghai, where Shuai appeared with other Chinese athletes including basketball player Yao Ming. A video in which she was conversing with the basketball player was shared on Twitter by a state media journalist.

Women’s Tennis Association said that while the governing body of women’s tennis welcomed Shuai’s appearance “in a public setting”, the media interview didn’t “alleviate or address… concerns about her wellbeing and ability to communicate without censorship or coercion”.

“We remain steadfast in our call for a full, fair and transparent investigation… into her allegation of sexual assault, which is the issue that gave rise to our initial concern,” the WTA added.

New Delhi: Prime Minister Narendra Modi on Monday stressed that corruption and dynastic politics are among the biggest challenges...
Nation