The Chinese government refuted the report, calling the test a routine spacecraft experiment, while the US government declined to comment on the matter. 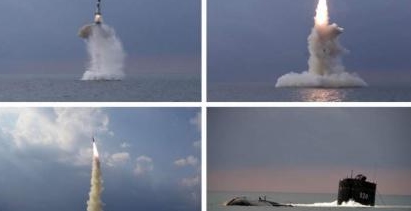 Last week, Financial Times reported that China tested a nuclear-capable hypersonic missile in August, which missed its target, adding that it caught US intelligence off guard.

The Chinese government refuted the report, calling the test a routine spacecraft experiment, while the US government declined to comment on the matter.

According to the new report, citing four sources familiar with US intelligence estimates, the first test was conducted on July 27, not August, involving a “fractional orbital bombardment” system to launch a nuclear-capable “hypersonic glide vehicle” around the planet.

Three other sources were cited as saying that the test took Washington by surprise, changing its estimations of Beijing’s weapon capacity.
The second test was reportedly conducted on August 13, but no details about the type of weapon used were provided by the newspaper.