As cited in a report by China Central Television, Yang encourages young compatriots to join the space program, promising more space flight opportunities in the near future. 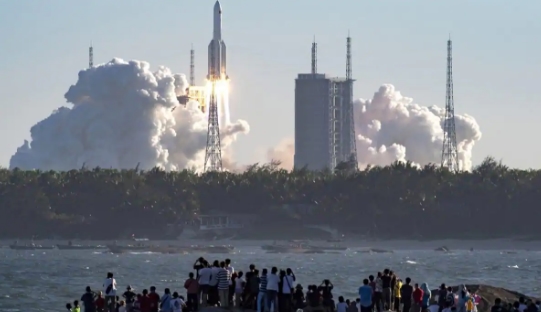 Beijing: Beijing plans to send 12 people to space by 2023 to engage them in the construction of a Chinese orbital station, Yang Liwei, China’s pioneer astronaut and currently the deputy chief engineer of the China Manned Space program, said on Saturday.

“The China Manned Space program plans to carry out 11 missions this and next year, including the launch of the [space station’s] main module, an experimental section, a manned spaceship and 12 astronauts,” Yang said on the sidelines of the National Committee of Chinese People’s Political Consultative Conference.

As cited in a report by China Central Television, Yang encourages young compatriots to join the space program, promising more space flight opportunities in the near future.

China rounded up its third recruitment campaign of astronauts last October, admitting 17 men and one woman. Their main goal will be to aid the ongoing construction of the permanent Chinese space station, which Beijing is determined to inaugurate in 2022.

The first and second campaigns recruited 14 astronauts in the early 1990s and seven astronauts in 2010, respectively, but only 11 of them actually flew to space. All of them were of military background. Because the space station’s construction requires a variety of competencies, mainly engineering, Beijing began recruiting civilian professionals in the third campaign.