An official of the Meteorological Centre here said the minimum temperature overnight in Srinagar was recorded at minus 5.4°C. 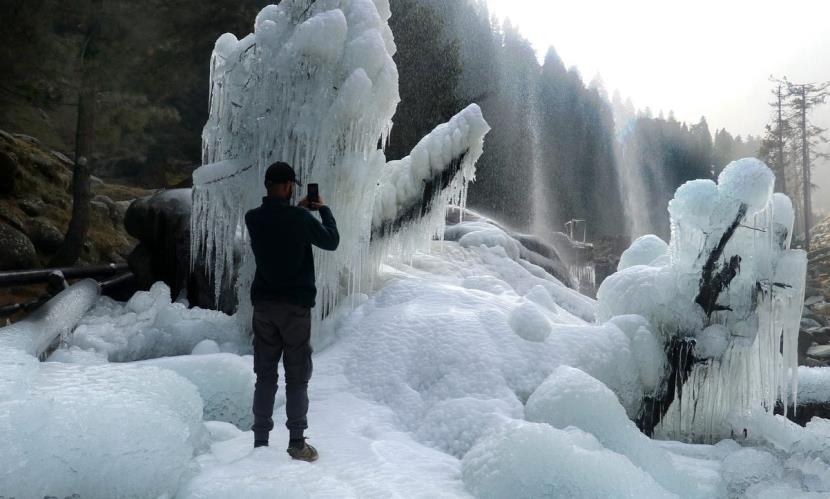 Srinagar: The winter’s harshest period, Chillai Kalan, continues to tighten its grip on the region as Kashmir continues to witness freezing nights.

An official of the Meteorological Centre here said the minimum temperature overnight in Srinagar was recorded at minus 5.4°C.

On December 22, Srinagar had recorded minus 5.5°C overnight temperature which was the coldest of the season so far.

The Konibal weather station in Pampore Pulwama recorded the overnight temperature of minus 7 degrees Celsius making it the coldest place in the region.

The tourist resorts of Gulmarg in north Kashmir and Pahalgam in south Kashmir recorded overnight temperatures of -6.4°C.

The temperature overnight in Qazigund was recorded at -4.4°C, while south Kashmir’s Kokernag town recorded a low of -3.9°C.

The frontier Kupwara town in north Kashmir recorded a low of -5.2°C, the official said.

Despite the chill, the Valley has not received any major spells of snowfall so far this season. Chillai Kalan- the 40-day long chilliest part of the winter season- will continue till January 29.

The MeT department predicted an improvement in minimum temperatures from Monday.

The MeT department had predicted mainly dry weather till December 25 evening. It said there are chances of light snow over isolated places during December 26, over higher reaches of the north and northwest parts of the valley.

“There is also a possibility of light to moderate rain or snow over isolated places of Kashmir during December 29-30.