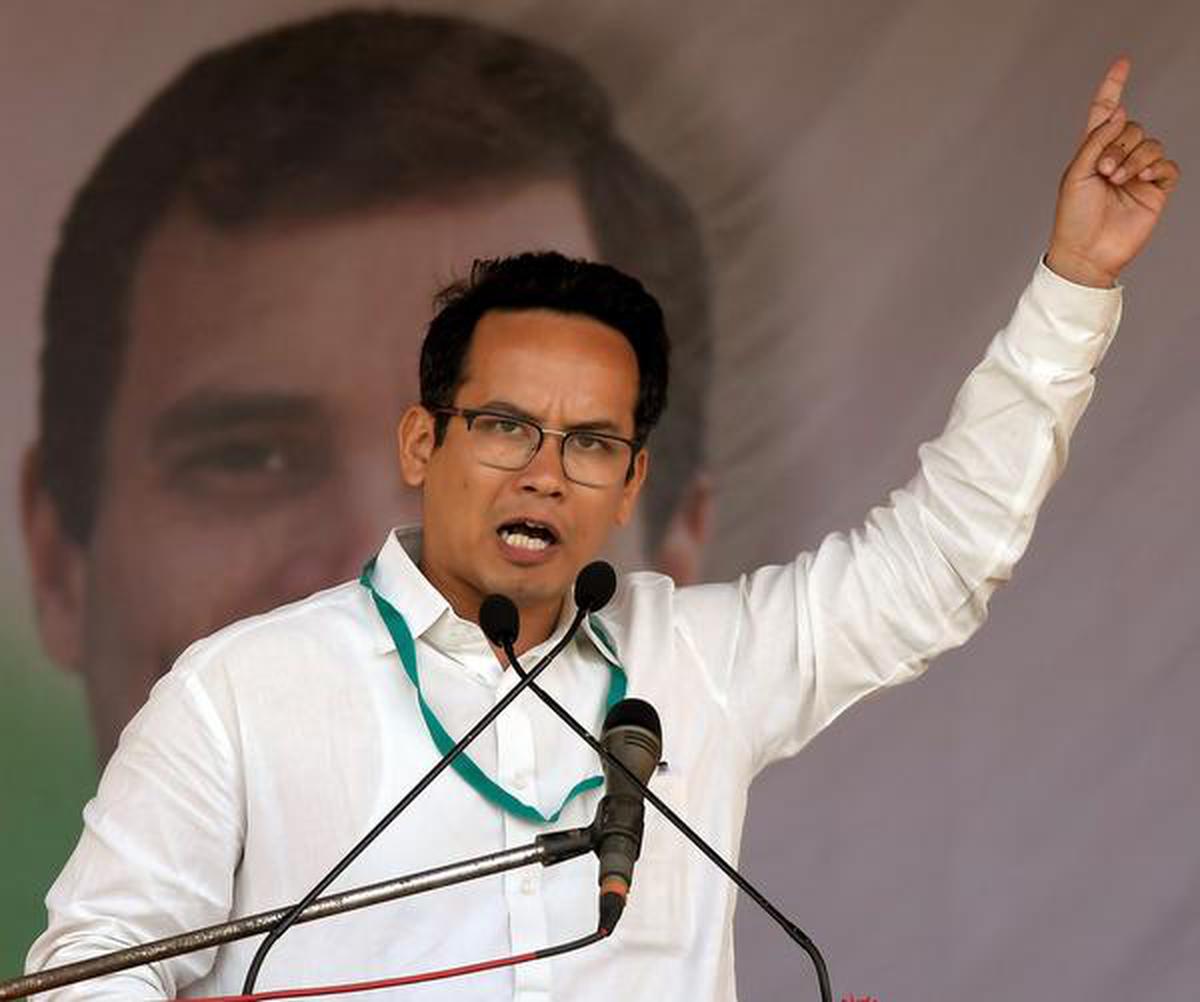 New Delhi: The Congress on Tuesday accused the BJP-led government at the Centre of intentionally hiding the facts on the India-China border situation from the people of the country.

“BJP is deliberately hiding and obfuscating the facts on the ground from the people of India,” Congress Deputy Leader in Lok Sabha Gaurav Gogoi said at a press conference over the issue of India-China border situation.

Referring to Defence Minister Rajnath Singh’s statement in Parliament on the recent clash between Indian and Chinese troops in Tawang sector of Arunachal Pradesh, he said,’ The way the government should have given description on this important issue, it ran away from that responsibility. His (Rajnath Singh’s) statement was ‘incomplete’.Why December 9 incident was disclosed on December 13 ? Why was it hidden in Parliament for a few days ? Yesterday, the government could have disclosed it. That’s why for different reasons, the Congress party and various Opposition parties staged a walkout from the House after his statement.”

Gogoi also claimed that in 2020, when the Prime Minister called a virtual meeting of various political parties, he gave a clean chit to China. In your negotiation, you are tying your army’s hand behind their back, you are asking them to go back from their own territory.

“The PM had said China did not intrude into Indian territory. Today, the government is ‘misleading’ us to protect his image,” the MP said.

Citing reasons for repeated incidents of clashes between both the troops, he said, “Firstly, the failure of the government to impose penalty on Chinese ‘misadventure’ and secondly, in your negotiation (with China) you are tying your army’s hand behind their back, and asking them to go back from their own territory.”

He added, “You (government) are seeing a distance between you and your allies ,especially in South East Asia.

Look at the statements coming form Bangladesh, Bhutan, Nepal and Sri lanka. The way they are balancing India and China it clearly shows under PM Narendra Modi India has lost the preeminent position in South East Asia . On many fronts, economic, diplomatic and bilateral with China.”

Echoing a similar sentiment, Congress Media and Publicity Department Chairman Pawan Khera said, “It is a very serious issue . PM Modi should be held responsible because he gave clean chit to China.”

Earlier in the day, Congress president and Leader of Opposition in Rajya Sabha Mallikarjun Kharge while raising the issue in the Upper House said, “Our national security and territorial integrity is being impinged upon by brazen Chinese transgressions as the government remains a mute spectator. “

Kharge added, “The news of unprovoked attempt of incursions into our territory in the Tawang sector across the LAC by the Chinese raises more concerns. “