Biren Singh won from the Heingang constituency by a margin of over 18,000 votes against Congress rival P Sharatchandra. 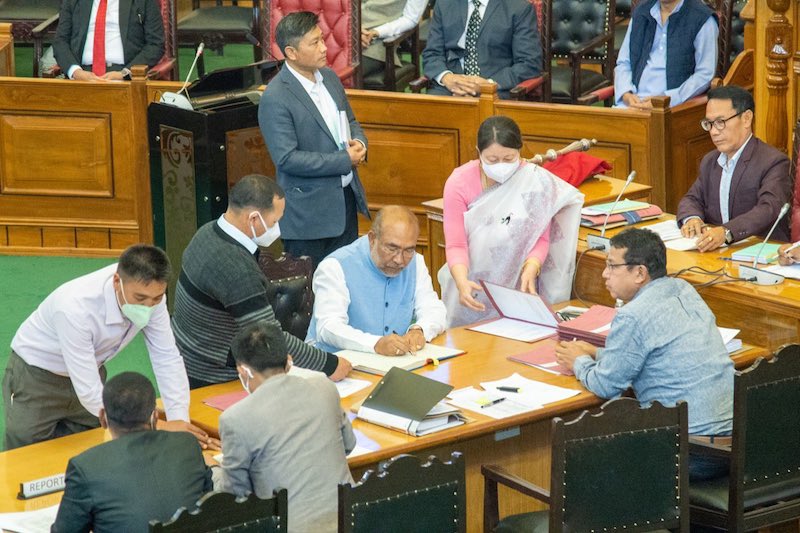 Other MLAs  were also administered the oath of office and secrecy by senior BJP MLA Sorokhaibam Rajen Singh, who took oath as the protem Speaker of the State Assembly on Sunday.

Biren Singh won from the Heingang constituency by a margin of over 18,000 votes against Congress rival P Sharatchandra.

Earlier on Friday, N Biren Singh had submitted his resignation letter as Chief Minister to Governor Satya Pal Malik, who had asked him to continue in his office until the new government takes charge.

It is to be noted that there is no confirmation yet when the new BJP-led government would assume office and who would be chosen as the next Chief Minister.

Earlier, speaking to a national newspaper, Biren said that he was a party worker and the central leaders will decide who the next Chief Minister candidate will be.

Prior to the state’s polls, the Bharatiya Janata Party (BJP) had informally declared Singh as the party’s chief ministerial candidate and he is expected to lead the next government. This time, the BJP contested all seats alone and won in 32 of the 60 constituencies in Manipur. With agency inputs