By-polls for 3 Meghalaya Assembly seats on Saturday, results on Nov 2

The bye-polls have been necessitated to fill up the three assembly seats which fell vacant due to the death of sitting legislators from Mawryngkneng and Mawphlang in East Khasi Hills district and Rajabala in West Garo Hills district. 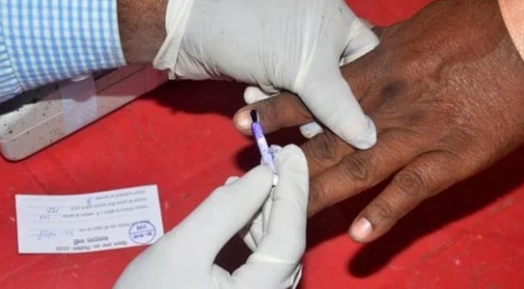 Shillong: The stage is all set for the by-elections to three assembly seats in Meghalaya on Saturday, with necessary arrangements for the polling exercise having been made, election officials said.

The bye-polls have been necessitated to fill up the three assembly seats which fell vacant due to the death of sitting legislators from Mawryngkneng and Mawphlang in East Khasi Hills district and Rajabala in West Garo Hills district.

Altogether 1,02,695 voters, including 53,106 women, will decide the fate of 13 candidates. Polling will be held from 7 am to 6 pm at 638 polling booths in the three assembly constituencies and counting of votes will take place on November 2.

“All preparations have been made for the smooth conduct of the polls. Moreover, we would ensure that voters exercise COVID appropriate behaviour during the polling,” Chief Electoral Officer, Frederick Roy Kharkongor, said.

As per the COVID protocol, one health worker would be present in each of the polling stations and sanitizers and disposable gloves would be made available for the voters, he informed.

There are five candidates each vying for the Mawryngkneng and Rajabala seats and three candidates for the Mawphlang seat. Only one female candidate is among these candidates. The by-elections elections is considered by many political parties as semi-finals for the next assembly elections to be held in 2023.

Both the ruling National People’s Party (NPP) and its partners, the United Democratic Party (UDP) and the Bhartiya Janata Party (BJP) in the Meghalaya Democratic Alliance (MDA) government and the opposition Congress have been aggressive in their election campaign.

Political observers, the results of the bye-elections would reflect the minds of the general public, vis-a-vis the performance of the ruling MDA and that of the opposition Congress, especially in the background of the ongoing pandemic that has adversely affected every aspect of life, especially, economy, education and employment.

The Election Commission of India has introduced postal voting (Form 12D) in view of the difficulty in getting them to the polling stations and the possibility of the spread of COVID-19.

Kharkongor said, 300 voters, mostly senior citizens have registered themselves for postal voting to exercise their franchise in the Assembly bye-elections.

Of the 300 voters, who have opted to vote from their respective homes, 271 are over the age of 80, while 29 others are persons with disabilities, he said. For the Rajabala assembly constituency the fight is mainly between the Congress candidate Hasina Yasmin Mondol, the widow of Dr. Azad Zaman who held the seat till his demise) and NPP candidate, Abdus Saleh and UDP candidate Ashahel D Shira. BJP’s Kingstone B Marak is also in the fray.

In Mawryngkneng constituency, the fight is between Khasi Hills Autonomous District Council Chairman and NPP’s Pyniaid Sing Syiem and Congress’ Highlander Kharmalki. The UDP has decided to extend support to the NPP candidate for this seat.