Vinicius Junior put Brazil ahead with a cool finish and Neymar doubled the lead from the penalty spot. Richarlison and Lucas Paqueta extended the advantage before substitute Paik Seungho struck late for South Korea. 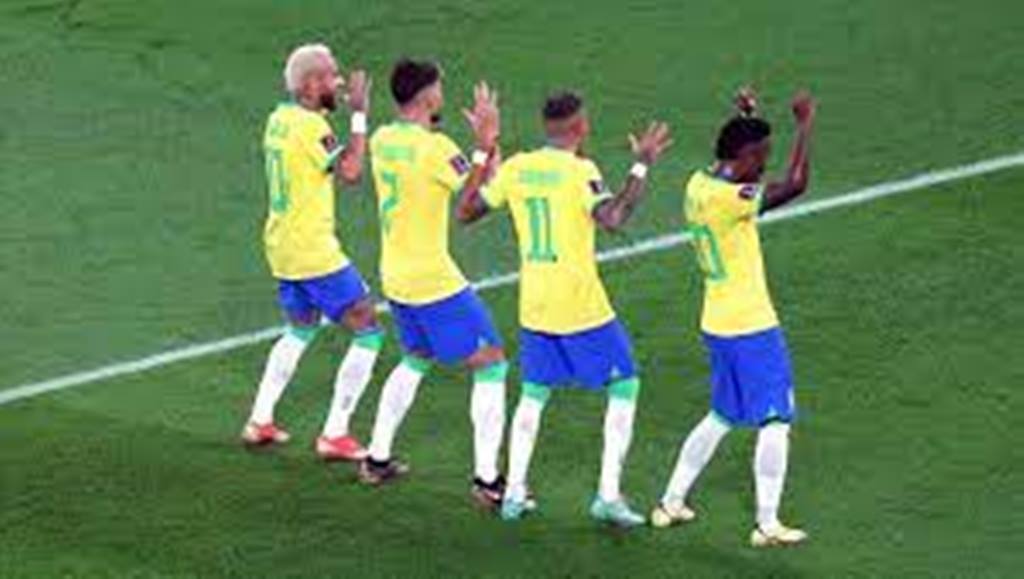 Vinicius Junior put Brazil ahead with a cool finish and Neymar doubled the lead from the penalty spot. Richarlison and Lucas Paqueta extended the advantage before substitute Paik Seungho struck late for South Korea.

Brazil will meet Croatia at Education City stadium on Friday (Dec. 9) with a semifinal berth at stake.

South Korea, who were hoping to reach the quarterfinals for the first time since 2002, are eliminated from the tournament.

It took just seven minutes for Brazil to take the lead as Raphinha caught Kim Jinsu napping with a dashing run to the right byline before his cross bypassed Neymar and fell to Vinicius. The Real Madrid forward took one touch before calmly stroking his shot into the top far corner.

Kim Moonhwan then clipped Richarlison with a stray boot and referee Clement Turpin pointed to the spot after consulting the video assistant referee. Neymar sent goalkeeper Kim Seunggyu the wrong way before rolling his spot-kick into the bottom right corner.

Hwang Heechan went close to scoring for South Korea in the 16th minute with a dipping 25-yard drive that Alisson palmed away with his right hand.

But it was a rare moment of discomfort for Brazil’s defense. The South American giants were at their flamboyant best and their third goal will likely be remembered as one of the tournament’s best.

Richarlison showed sublime control by balancing the ball on his head before a slick exchange between Marquinhos and Thiago Silva. The latter then filtered though a perfectly weighted pass to the onrushing Richarlison, who sent a clinical finish past Kim Seunggyu.

Brazil were in an insatiable mood and at times looked like they were toying with their flummoxed opponents.

Tite’s men went further ahead when Neymar found Vinicius in space on the left wing and the 22-year-old crossed for Paqueta, who volleyed a first-time effort into the bottom corner.

Brazil had several chances to extend their lead late in the first half but were let down by wasteful finishing and perhaps a touch of self indulgence.

Paqueta saw a tame attempt from a tight angle saved by Kim Seunggyu when he could have squared the ball to a teammate and Raphinha failed to make contact with a Vinicius cross, inexplicably attempting to volley in with his right foot instead of using his head.

Richarlison then shot straight at Kim Seunggyu on the counterattack when he had Neymar as an option to his left.

Son Heungmin, who was barely seen in the first half, went close to pulling a goal back early in the second half. The Tottenham forward beat Marquinhos for pace after a long ball over the top but his shot was tipped wide by Alisson.

Raphinha often looked dangerous with his speed and fancy footwork but lacked the final product. The Barcelona winger again broke clear following Neymar’s diagonal pass before dodging his marker only to see his meek effort comfortably saved by Seunggyu.

The midfielder, a 65th-minute replacement for Hwang Inbeom, latched onto Casemiro’s headed clearance with a 25-yard effort on the half-volley that took a slight deflection to leave Alisson with no chance.