BJP vowed ‘no hartal’ in Manipur and none happened: Shah hails CM Biren

Shah expressed confidence that the people of Manipur will once again bring the Bharatiya Janata Party back to power given the kind of law and order situation that has been maintained by the Biren Singh government. 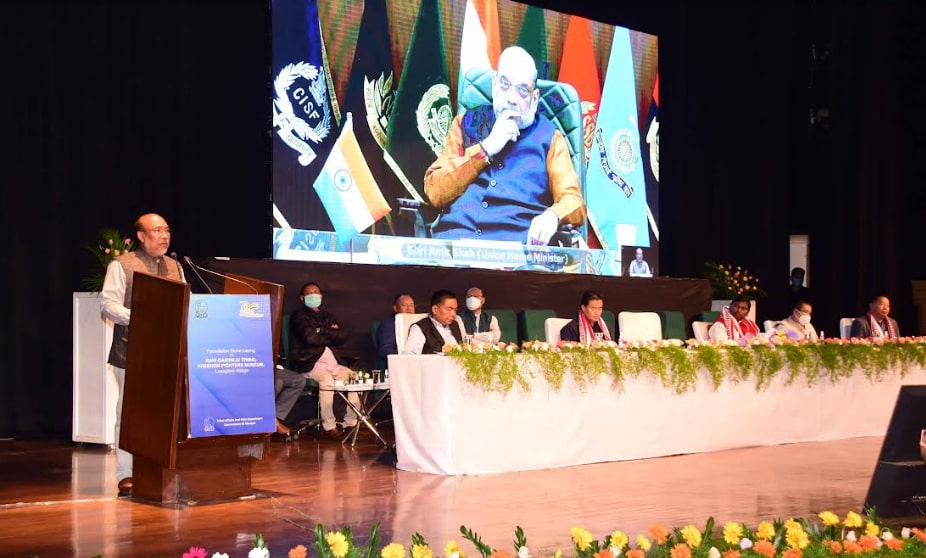 Shah expressed confidence that the people of Manipur will once again bring the Bharatiya Janata Party back to power given the kind of law and order situation that has been maintained by the Biren Singh government.

“CM Biren Singhji under the leadership of Prime Minister Narendra Modiji has fulfilled all the promises made by BJP in Manipur.

“Various development works are being carried out by the ruling BJP government in the last five years.

“I am hopeful that next mandate would be given to the BJP government in Manipur,” said Shah after virtually laying the foundation stone for setting up of the Rani Gaidinliu Tribal Freedom Fighters Museum, named after renowned freedom fighter at Luangkao village in Tamenglong district of Manipur.

He also claimed that the law and order situation improved in the state under the current dispensation.

In a veiled attack at the previous Congress government led by Okram Ibobi Singh, Shah said “Everyone took their votes but did not think about their development.

“On one side, 70 years of development of Manipur and on the other Narendra Modiji and N Biren Singhji’s development carried out in the state. If we look into it, I am confident that our five years will have an upper edge.”

Assembly elections in Manipur are likely to be held early next year.

The Union Minister also recalled the role of the freedom fighter Gaidinliu against the British. “I am hopeful that not only in Manipur, this museum once built will become a centre of attraction for the entire Northeast region,” said Shah.

“We are celebrating this year as ‘Amrut Mahotsav’. This is an occasion to remember all those who had fought and laid down their lives for India’s Independence. It is to inculcate the feeling of patriotism among the youths.’

Shah also said the Centre is committed to the development of the tribal communities and various initiatives are being taken in this regard.

The museum will be built at an estimated cost of Rs 15 crore. Singh, Union Tribal Affairs Minister Arjun Munda and other dignitaries were present from Manipur on the occasion.