BJP to contest 92 seats in Assam, 26 for Asom Gana Parishad, 8 for others

Sources said the AGP might see a split if Mahanta is, in fact, denied a ticket. 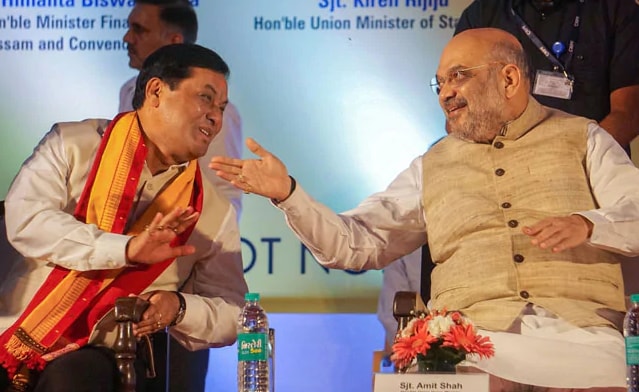 New Delhi: The BJP has reached a seat-sharing formula with its Assam allies ahead of the three-phase Assembly election that starts March 27, sources said late on Thursday night.

Sources said the BJP would contest in 92 of the 126 seats in the Assam Assembly, with 26 going to the Asom Gana Parishad (AGP) and eight to the United People’s Party Liberal (UPPL).

A local party will merge with the BJP and one or two candidates of that party will contest on the BJP symbol, NDTV quoted sources as saying.

Sources also said an initial list of 84 BJP candidates has been finalised, and that more details on seats and names of candidates are likely to be announced on Friday.

Meanwhile, sources within the AGP said two-time former Chief Minister and six-time MLA Prafulla Kumar Mahanta, who is also the founder of the party, might not get a ticket this time.

Mahanta is currently unwell and undergoing treatment in Delhi. However, he has fallen out with the current AGP leadership on the subject of the controversial citizenship law.

Sources said the AGP might see a split if Mahanta is, in fact, denied a ticket.

The AGP won 14 of 24 and the UPPL failed to win any of the four it fought.

The Bodoland People’s Front (BPF), which left the Congress to join the BJP-led alliance ahead of the election, won 12 of 16 seats. The BPF, though, has since returned to the Congress’ fold.

“How can they (BJP) win when I am not on their side? We will have to see the exit of the BJP in Assam,” BPF chief Hagrama Mohilary, whose party is widely seen as the ‘kingmaker’ in Assam, said.

News of the seat-sharing deal in Assam comes as the BJP’s Central Election Committee holds a marathon meeting in Delhi under the leadership of Prime Minister Narendra Modi to decide on a list of candidates for the first two phases of Bengal and Assam elections.

Agriculture Minister Narendra Singh Tomar, the BJP’s Assam in-charge, and his deputy, Minister of State, Jitendra Singh, were part of the meeting, which included Assam Chief Minister Sarbananda Sonowal and cabinet minister Himanta Biswa Sarma as the voices from the northeastern state.

The BJP came to power in Assam for the first time in 2016, and is pushing hard to retain control, with the Prime Minister and Home Minister Amit Shah among the star campaigners in this election.