Supporting the State BJP president Ernest Mawrie's demand for CBI inquiry in the regard, State BJP vice president Bernard Marak dared Conrad Sangma to bring in CBI or to resign from his Chief Ministerial post. 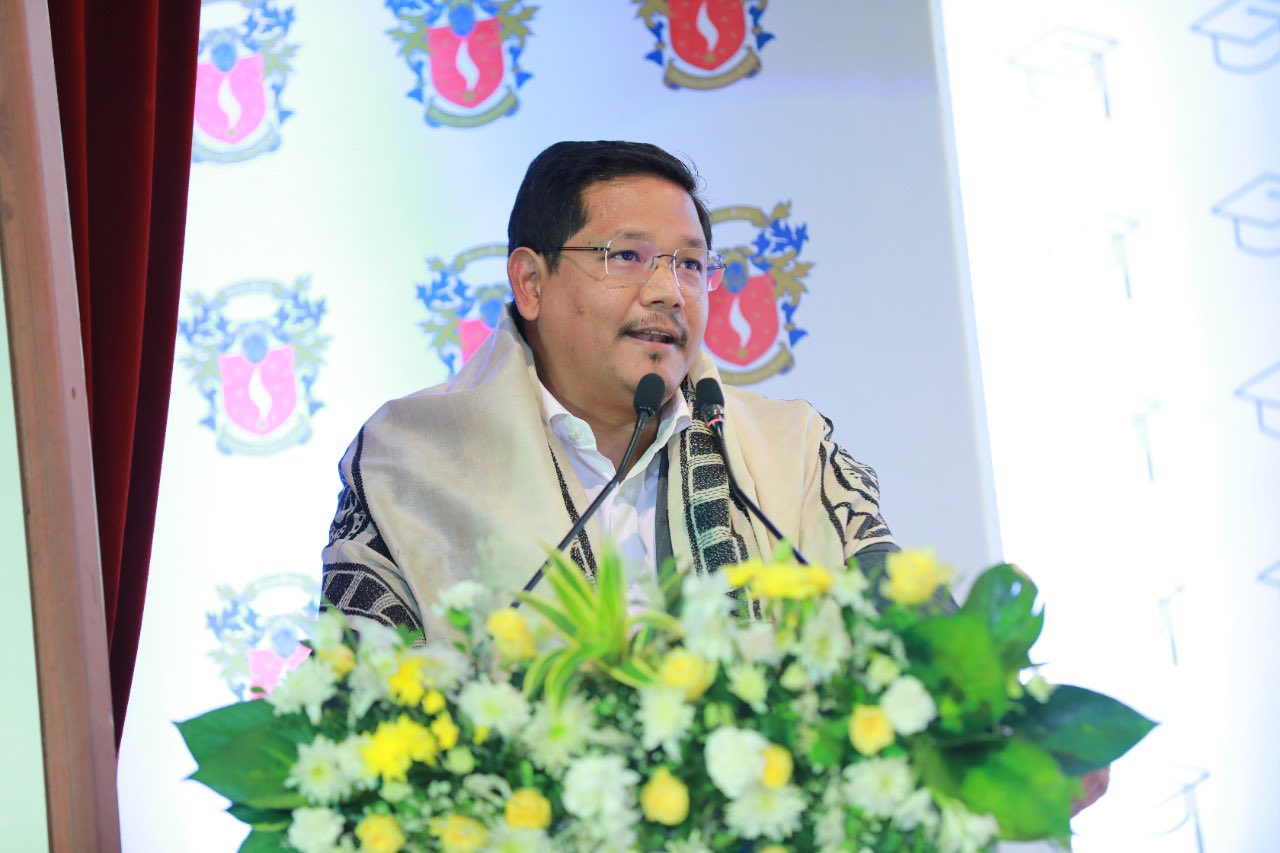 Shillong:  The Bharatiya Janata Party (BJP), which is a constituent of the National People’s Party (NPP)-led ruling Meghalaya Democratic Alliance (MDA) on Monday sought the resignation of Chief Minister Conrad K Sangma over alleged corruption, especially in the wake of the collapse of the dome over the under-construction assembly building in the New Shillong Satellite Township on Sunday.

Supporting the State BJP president Ernest Mawrie’s demand for CBI inquiry in the regard, State BJP vice president Bernard Marak dared Conrad Sangma to bring in CBI or to resign from his Chief Ministerial post.

“The BJP as a party should lead the way and guide the MDA partners in removing Conrad Sangma as he has been highly unsuccessful in combating corruption which has become the order of the day nor has he cleared the minds of the people on various important issues. Since he couldn’t confront the allegations levelled against him by senior BJP leaders, he silenced everyone as most of the time he escaped by holding other ministers responsible,” Marak, who is also an elected member of the Garo Hills Autonomous District Council, said.

Marak said the BJP had appointed Sangma as Chief Minister anticipating “good governance and all round development of the State with zero corruption but Chief Minister rebuked BJP through action and failed miserably to live up to the aspirations of the people.”

“Everyone is disappointed as the poor remained poor and weak perished, including the youths who are stranded without job opportunities,” he said.

Marak also wanted central leaders of the BJP to come into the state for introspection of the developments and implementation of central schemes in the state “before it’s too late”.

“BJP have released huge funds towards development of the State but most of it was profited by their contractors and business partners while the public as a whole was left high and dry. BJP did not want the State to sink in debt when Conrad was chosen as the Chief Minister. In his term, the State has witnessed the worst political and social scenario which has left every citizen disappointed one way or the other,” he said.

Marak further stated that it was time Sangma, the leader of MDA, cleared the charges raised by senior BJP leaders with regard to coal and power scam before “our central leaders take a call to suspend ties with NPP”.

“We are waiting for a green signal from central leaders to suspend ties with the NPP. CBI enquiry is a must to initiate a proper probe of the two scams. The issue of coal and power has not even subsided now the government is leveled with a shoddy construction scam,” he said in reference to the collapse of the under-construction assembly dome.

“Meghalaya is becoming poorer day by day because of NPP’s hidden agenda. Thus, the Chief Minister needs to come out clean and step down bearing moral responsibility,” he iterated.

“The only way for MDA to come back to power is to replace the incumbent Chief Minister with a clean leadership which will subsequently help root out the prevailing bad governance. If ministers can be changed after two and half years why not the Chief Minister, especially in the wake of so many irregularities in governance,” Marak questioned.