Deepak Sharma said Prime Minister Modi was today under compulsion, seeking forgiveness for political gains, but he has no sympathy for the martyred farmers. 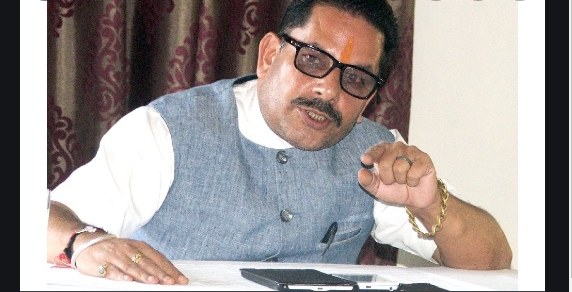 Hamirpur (HP): HP Congress party Sunday alleged that the BJP that was responsible for the deaths of six hundred farmers during last year’s farmer’s agitation on three farm bills was now pretending to be their friend.

Deepak Sharma, the senior state spokesman of the party said the BJP leaders used to call Annadata (farmers) terrorists. They were insulted by calling them, agitators.

He said,” Those who are guilty of the killings of about 600 farmers for a year, were forced to withdraw three black laws and are now claiming to be farmers friendly”.

Sharma alleged that the way BJP leaders humiliated the agitating farmers, the entire world was shocked by that. But keeping in view of the coming Vidhan Sabha elections in various states, the central government had now decided to withdraw the controversial bills to get the votes of the farmers. But the Indian farmers knew who is their best friend and they will reject the BJP and vote for the Congress party in the coming elections.

He said had the BJP leaders had any sympathy for those who were martyred in this movement; the Modi government should give compensation of at least 50 lakh rupees to the martyred farmers.

Deepak Sharma said Prime Minister Modi was today under compulsion, seeking forgiveness for political gains, but he has no sympathy for the martyred farmers.

He said the Congress party has always been sensitive towards the interests of the farmers. Just like the Congress workers of the whole country under the leadership of Congress leader Rahul Gandhi, the agitating farmers were all set to bring the Congress party back to power all over India.