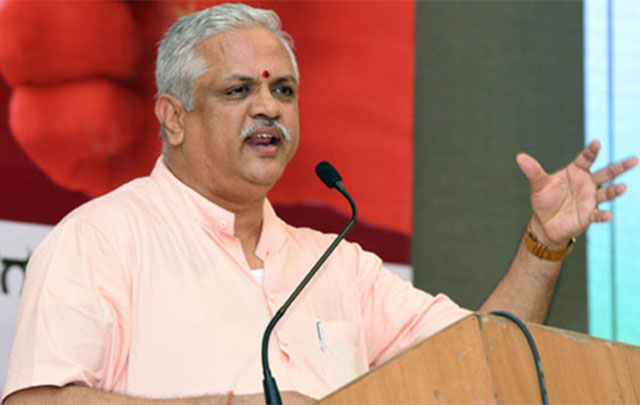 The BJP in the state has been facing an acute crisis due to severe dissidence against Chief Minister Biplab Kumar Deb for last one and half years. Besides senior leaders of BJP, a group of BJP MLAs had called on central BJP leadership, including party president J P Nadda, seeking removal of the Chief Minister and re-organised the party functionaries in the state but it couldn’t yield any positive outcome until re-entry of heavyweight BJP leader Mukul Roy in Trinamool.

After getting information that Trinamool leaders have come to close contact of a hundred of BJP functionaries of various levels, including 12-15 MLAs to disband the BJP-IPFT government in Tripura, BJP central leadership has stepped in to resolve the inner conflict among the leaders and MLAs.

However, the dissident faction of MLAs now become reluctant to continue in BJP, apprehending the failure to repair the damage being done in three and half years by team Biplab Kumar Deb, as Tripura is going to poll barely after one and half years.

However, on arrival B L Santosh led team held discussion on organisational issue with the party office bearers and chiefs of frontal organisations at party headquarters here followed by separate meeting with Deputy Chief Minister Jishnu Dev Varma, four BJP ministers of the cabinet and both the Loksabha MP – Pratima Bhowmik and Rebati Tripura individually. They held intensive discussion with MLAs in a five member group and finally, with all 36 MLAs together.

Santosh is scheduled to meet with BJP’s alliance partner IPFT at Chief Minister’s residence before interacting with Biplab Kumar Deb over dinner. Tomorrow the team will hold discussion with senior leaders of RSS in its office followed by meeting with ministers again. Then they will hold meetings with party core committee members and separate meetings with party president and general secretary (organisation) before leaving for Delhi in the late evening.

The party sources said that Santosh led team might have a separate meeting with dissident MLAs to find their suggestions for resolving the impending crisis of state BJP and in the government.