TIPRA emerged as the single largest party with 16 seats and its ally INPT won two seats while the BJP managed only nine seats. One seat was won by an independent candidate. 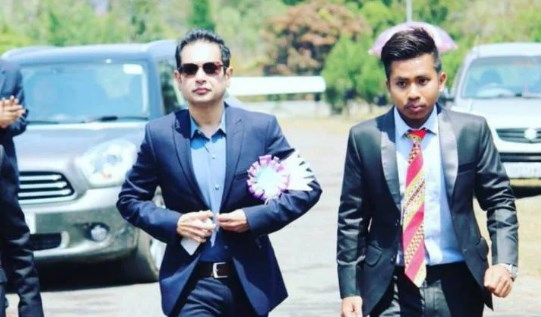 TIPRA emerged as the single largest party with 16 seats and its ally INPT won two seats while the BJP managed only nine seats. One seat was won by an independent candidate.

With Pradyot Kishore Debbarman’s landslide victory, the national parties in the state have been completely decimated.

In 2000, IPFT had captured ADC by winning 18 seats of 28 allegedly with the help of insurgent group NLFT in a communal polarisation but the Left front wrested the ADC in next election by winning 24 seats.

“The indigenous people of Tripura have been suffering from poor administration and vote based politics of leftists and other national parties for the last 70 years. In 2018 assembly elections, indigenous population believed IPFT, as they had signed a specific agreement of socio-economic, cultural and linguistic development of tribals with BJP while forming an alliance.

“People voted them to power believing in their promises but in the last three years every poll-promise has proven to be fake. So, hill people rejected them and in the plains same thing is going to be repeated in the upcoming urban local body elections,” said TIPRA Chief Pradyot Kishore while ruling out alliance with any national party.

He said people of Tripura have lost all hopes with the present BJP-IPFT government because of the inner conflict among the MLAs and leaders and large scale corruption.

“Under BJP’s rule in last three years even the smallest contracts have been given to the agencies outside the state. No regular employment except for some teaching posts have been created. The poverty rate in tribal areas has been increasing,” he said pointing out the main reason for BJP’s debacle in the ADC polls.

“BJP-IPFT didn’t allow people to exercise their franchise in the last three-tire panchayat elections, assembly by-polls and in the last Lok Sabha election. Had there been fair polling in all these elections, Biplab Kumar Deb government would have been a thing of the past. They cheated the people and hurt the sentiments of Tripura, which reflected in ADC poll this time,” Pradyot added.

He also alleged that a group of BJP activists attacked him last evening at the office of the Sub-Divisional Magistrate (SDM) of Mohanpur where he went to discuss the matter of not issuing counting pass and providing adequate security to his party candidates.

Three days before the elections, BJP and IPFT had started intimidating the voters against voting for opposition parties and on the day of poll a large number of opposition voters, especially TIPRA supporters were not allowed to come out from their homes by the ruling party across the state.

Despite lodging complaints with the state election commission and police, no action was taken. TIPRA workers and the supporters of other opposition parties were harassed, Pradyot stated.

“Had there been a fair election, TIPRA could win at least 25 seats with a record margin but that could not happen. We urged everyone of our party not to get involved or fall prey to any instigation of violence. We will show exemplary governance in ADC which will be a model for the country. I welcome all the indigenous people to join TIPRA to show our unity for development beyond communities,” he attributed.

Pradyot further mentioned that IPFT and some other parties had agreed to fight together for unity but finally they fell into BJP’s trap and now people have rejected them for ever.

However, TIPRA is open for anyone willing to work for the development of the state beyond community and petty personal interests. Dr Biswendu Bhattacharjee