BJP announces candidates for all 60 assembly seats in Manipur 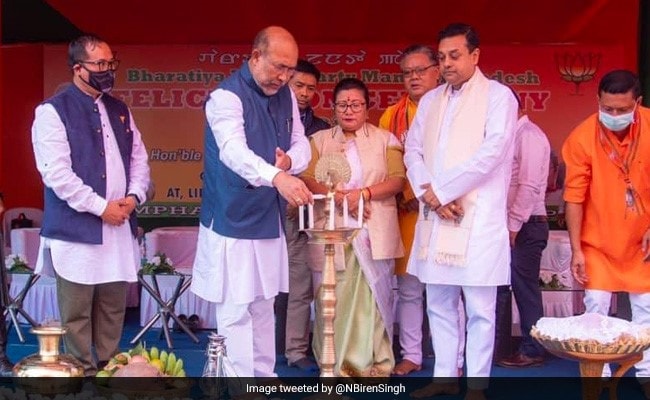 Imphal: The Bharatiya Janata Party (BJP) Sunday announced candidates for all 60 assembly seats in Manipur, which included Chief Minister N Biren Singh from Heingang constituency. Surprisingly, some of the biggies intending candidates who were expected to receive tickets have been dropped from the list.

While many of the current MLAs have received the tickets, Pukhrem Sharatchandra Singh from Moirang Assembly constituency has been dropped from the list. Mairembam Prithviraj Singh, former Congress MLA who joined the saffron party in October last year will replace Sharatchandra.

Some of the intending candidates who were dropped from the list included Sapam Nishikan from Keishamthong, Arunkumar Thangjam from Wangkhei, Thokchom Brinda from Yaiskul and former Congress MLA Ksh Biren from Lamlai constituencies.

The BJP is fighting the polls without any alliance. Voting in the state will take place in two phases – February 27 abd March 3. The results will be out on March 10.

Meanwhile, a perceived battle for tickets has made the authorities in Manipur increase the security of Bharatiya Janata Party’s State president A. Sharda Devi, news agency reported here Sunday.

“Some special measures have been taken for her security. But the rush for tickets in each constituency underlines the growing popularity of our party,” a BJP spokesperson said from State capital Imphal.