Biren welcomes NPF, rules out including NPP in Govt

"I don't think NPP will be with us. But as for NPF, we are not going to harm the coalition dharma," he said replying to posers. 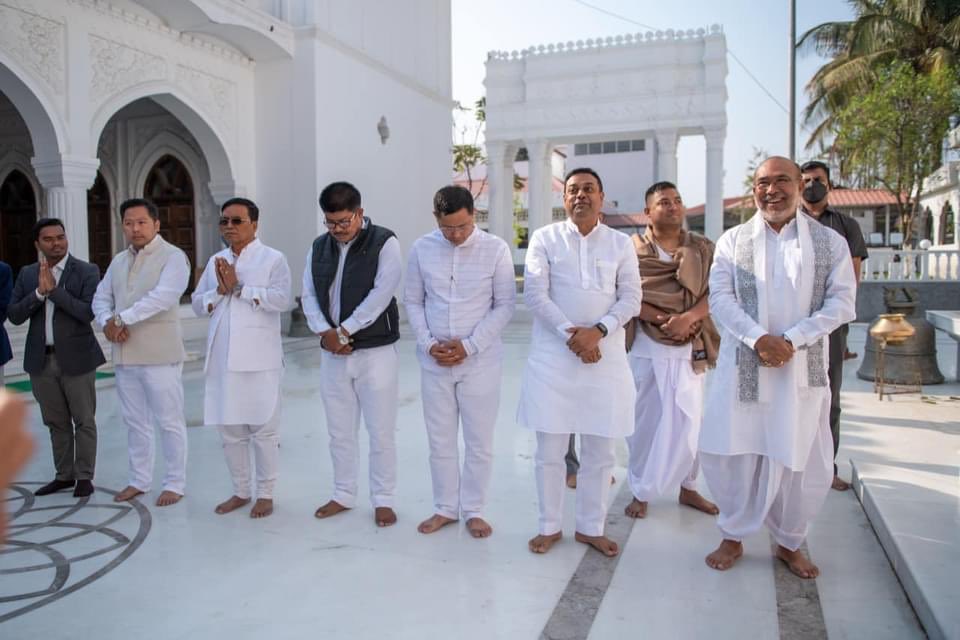 Imphal: Manipur Chief Minister N Biren Singh on Thursday ruled out including the National People’s Party (NPP) in any future coalition government to be formed by the BJP in Manipur but welcomed the Naga People’s Front (NPF), as his party seemed poised to return to power in the Northeastern state.

The BJP has either won or is leading in 28 seats in the 60-member state Assembly, where the vote count was on. Interacting with media persons after coasting to a massive fifth consecutive win from Heingang constituency, Biren said the issue of election of BJP legislature party leader would be decided by the central party leadership.

“I don’t think NPP will be with us. But as for NPF, we are not going to harm the coalition dharma,” he said replying to posers.

“Their guidance meant a lot to us. The Prime Minister’s mantra of Sabka Saath, Sabka Vikas, Sabka Vishwas, Sabka Prayaas (together with all, development for all, trust of all, efforts of all) earned the people’s confidence and they voted for the BJP,” he said.

He assured the BJP-led Government would work for the repeal of the Armed Forces Special Powers Act (AFSPA). Earlier, Biren had said that even if his party wins a majority, it would form a coalition government as the BJP central leadership was in favour of “keeping the friendly parties along with us”.

As per the results trend, the NPP was ahead in nine seats, and the NPF in five. However, he exuded confidence of the BJP getting to the magic figure of 30-plus seats. Biren thanked the BJP central leadership, particularly Prime Minister Narendra Modi for guiding the state party leadership over the past five years including the current elections.

He appealed to the people to forgive him if any mistake was done during the campaign and he assured them that the next government would double its efforts to solve the people’s problems. He said the BJP government will also look into the issues of women and youth, and employment raised during the election by the people.