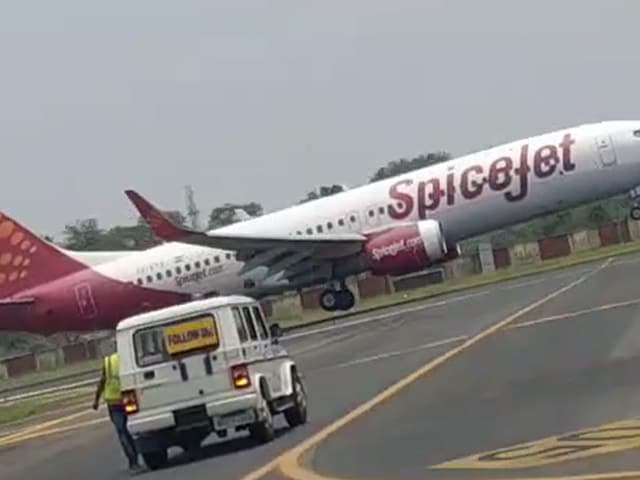 Patna: Around 185 passengers and crew members of a Delhi-bound SpiceJet flight from Patna had a close shave as the aircraft caught fine soon after take-off, but the pilot managed to land the plane safely at the airport here on Sunday, officials said.

A Spice Jet spokesperson later said the mishap was caused after a bird hit on engine 1 of the aircraft soon after take-off.

“As a precautionary measure and as per standard operative procedure, the Captain shut down the affected engine and decided to return to Patna,” the spokesperson said.

District Magistrate (DM) Patna Chandrashekhar Singh told mediapersons at the airport that the locals of the Phulwari Sharif area near the airport noticed the fire in the aircraft and informed the district administration as well as the airport authorities.

Senior officers including the DM and the SSP immediately rushed to the airport along with fire tenders and ambulances. The security personnel of Bihar Police’s Special Task Force Also reached to manage the situation outside the airport.

Chandrashekhar Singh said that the left wing of the aircraft caught fire soon after the plane took off from Patna. However, the pilot also noticed it and made an emergency landing.

Meanwhile, an airport employee Sanjay Pandey, who was also on the flight, said it took off at 12 noon and its left wing caught fire immediately.

Gaurav, another passenger occupying a window seat, said at the time of take-off there was some sound from the left side wing. He later noticed some sparks from the left wing

The security at the airport has been beefed up.