Earlier in the day, Riga Mayor Martins Stakis said that "a flag symbolizing a regime engaged in state terrorism does not belong in Riga" and city authorities replaced the Belarusian state flag with a red-white flag used by the Belarusian opposition. 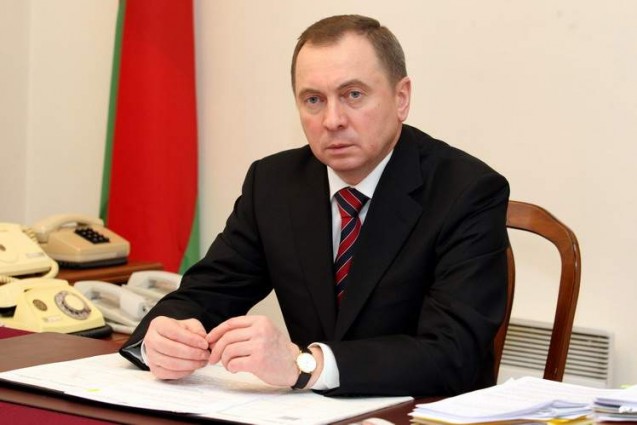 Minsk: Belarus is expelling the Latvian ambassador and other diplomats of the Baltic country over the incident with the Belarusian state flag in Riga, Foreign Minister Vladimir Makei said on Monday.

Earlier in the day, Riga Mayor Martins Stakis said that “a flag symbolizing a regime engaged in state terrorism does not belong in Riga” and city authorities replaced the Belarusian state flag with a red-white flag used by the Belarusian opposition.

“Today, the Latvian ambassador was invited to the Foreign Ministry in connection with an incident that took place some time ago In Riga and is connected with the insult of the state flag of Belarus. A strong protest was made to the ambassador in connection with this incident, he was clearly informed that this was a cynical violation of all norms of international law, in fact, an act of state vandalism,” Makei told reporters.

“The ambassador has been handed a corresponding note of protest. We cannot leave such provocative actions unanswered. Therefore, the ambassador was asked to leave Belarus within 24 hours, the entire diplomatic and administrative-technical staff were also asked to leave Belarus within 48 hours and leave one administrative and technical staff here to take care of the building,” Makei added.

Meanwhile, the Belarusian Ice Hockey Association announced it had filed a complaint with the International Ice Hockey Federation (IIHF) over the incident.

“At the moment, we have sent an official note to President of the International Ice Hockey Federation Rene Fasel, the organization committee of the Riga world championship and the leadership of the Latvian Ice Hockey Federation. The replacement of the Republic of Belarus’ national flag among the flags of participating countries and the championship’s official symbols is nothing but an attempt to politicize the international hockey forum in Riga and runs counter to the championship’s athletic nature,” Belarusian association head Dmitri Baskov said in a statement.

The official also mentioned unauthorized pickets near the places of stay of the Belarusian team, expressing concern for the players’ safety and hoping that the IIHF will be able to provide additional protection from outside pressure and implement its own regulations.

Last week, media reported that the Russian flag will be among outdoor decorations during the ice hockey world championship in Riga, but will not be at the arena due to WADA sanctions.