B’Desh is upset with some diplomats

Minister for Foreign Affairs Shahriar Alam expressed his government's sentiments at a meeting with diplomats here. 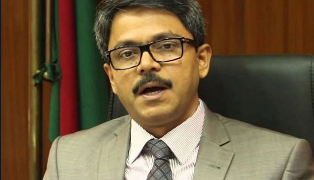 Dhaka: Bangladesh has expressed displeasure over public comments by a section of diplomats based here over parliamentary elections and democracy in the country.

Minister for Foreign Affairs Shahriar Alam expressed his government’s sentiments at a meeting with diplomats here.

Without naming any diplomat or country, he said no diplomatic representative accredited to Dhaka should try to cross the limits of diplomatic etiquette.

“They (foreigners) should remember how much they can say about the internal affairs of our country,” the Minister told the media. “They have to be careful.”

He also hinted at restricting their access to various offices if they “cross the line”.

“We are hospitable and keep the doors of our country’s offices open for ambassadors of all countries… They should not cross it. If you do, we will think of something else.”