Banwarilal Purohit sworn in as Governor of Punjab 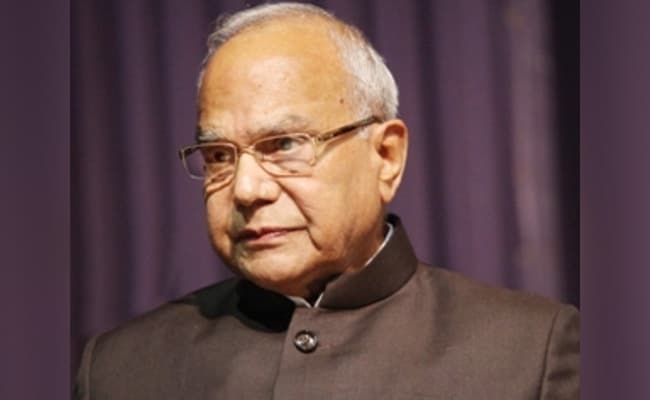 Chandigarh: Banwarilal Purohit was sworn in as Governor of Punjab on Tuesday.

Earlier, the Governor designate arrived at the special pandal of Punjab Raj Bhavan in a ceremonial procession. He was accompanied by the Chief Justice of the Punjab and Haryana High Court.

Punjab Chief Secretary Vini Mahajan sought the permission to start the ceremony and read out the warrants of appointment of Mr Banwarilal Purohit as the Governor of Punjab.

Earlier in day, Mr Banwarilal Purohit arrived at Punjab Raj Bhavan at 1200 hours and was given Guard of Honour by the contingent of PAP. He was received by Punjab Vidhan Sabha Speaker Rana KP Singh, Punjab cabinet ministers Brahm Mohindra and Manpreet Singh Badal. Mr Dharam Pal, Adviser to Administrator, Deputy Commissioner, Chandigarh along with senior officers of Chandigarh Administration were also present.