He further said that any new law to be formulated will delay the trial process. 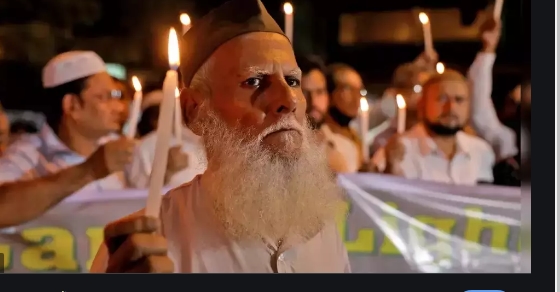 Dhaka: The trial of people arrested in connection with recent attacks on the Hindu community in Bangladesh will be completed in the quickest possible time, said Attorney General (AG) of Bangladesh AM Amin.

He further said that any new law to be formulated will delay the trial process.

Earlier, the Bangladesh Hindu-Buddhist-Christian Unity Council (HBCUC) announced it will hold a protest procession called ‘Dhikkar Michil’ across the country on November 12 against attacks on the minority community, which started during the Durga Puja on October 13.

Rana Dasgupta, General Secretary of HBCUC, said the minorities suffered attacks in 27 districts between October 13-November 1. He said 117 temples or mandaps were vandalised and 301 homes and business establishments were damaged during the attack.

Advisor to the Opposition Bangladesh Nationalist Party (BNP) chairperson, Khandkar Abdul Muktadir in an interview with UNI, slammed the ruling Awami League for blaming BNP for communal violence in the country for achieving its own interests. He also held the ruling party responsible for increased persecution of Hindus.