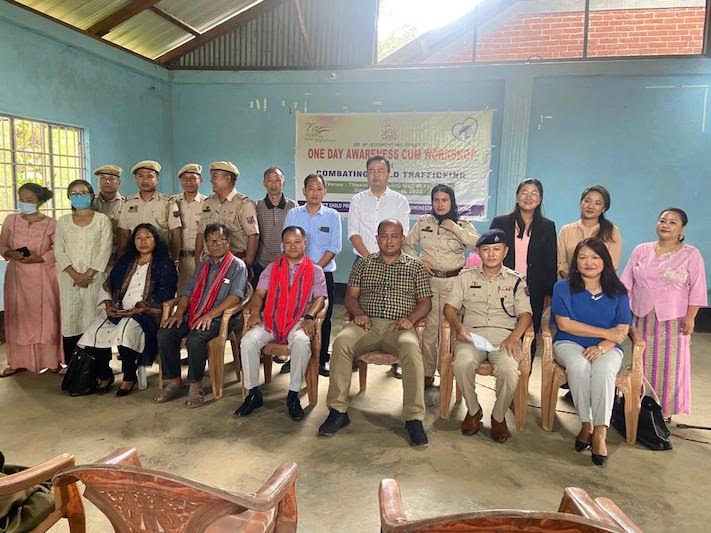 Deputy Commissioner, Kamjong, Rangnamei Rang Peter, was the chief guest of the function, while Superintendent of Police, P Manjit, was the guest of honour. More than one hundred participants attended the program.

Giving his chief guest speech, Rangnamei Peter highlighted the need to combat such an important and grave issue as child trafficking and abuse. He appealed to all the government machinery, especially the police, all the NGOs and the public to co-operate and co-ordinate in preventing child trafficking.

SP, P Manjit also mentioned the need for all sections of the society to stay alert against such a serious crime, and further assured that the Police Department spared no efforts in solving such cases.