Australians “getting lives back” as COVID-19 vaccination rate rises: PM

Morrison on Thursday said that 81 per cent of Australians aged 16 and over have had at least one COVID-19 vaccine dose and 59.3 per cent are fully inoculated. 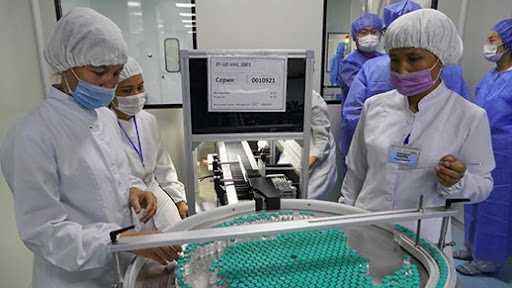 Canberra: Australian Prime Minister Scott Morrison has welcomed Australians “beginning to get their lives back” after extended coronavirus lockdowns.

Morrison on Thursday said that 81 per cent of Australians aged 16 and over have had at least one COVID-19 vaccine dose and 59.3 per cent are fully inoculated.

New South Wales (NSW), Australia’s most populous state with Sydney as the capital city, will come out of lockdown lasting for months on Monday after becoming the first jurisdiction to fully vaccinate 70 per cent of over-16s, with the Australian Capital Territory (ACT) and Victoria set to hit the mark in this month.

On Thursday, Australia reported more than 2,200 new locally acquired coronavirus cases, all of which were from the three jurisdictions, as the country continues to battle the third wave of infections.

“Now Australians are beginning to get their lives back,” Morrison told reporters in Canberra.

Morrison also issued a warning to states that have not had outbreaks of the Delta variant, urging them to boost inoculation rates to avoid strict lockdowns.

Queensland, Western Australia and the Northern Territory have Australia’s lowest vaccination rates, adults having administered first doses are fewer than 70 per cent.

“In many states around the country, they are not living under the harsh and strict conditions that we’ve seen in New South Wales and Victoria and the ACT,” Morrison said.

“But when that day comes, when your vaccination rates are at those 70 and particularly 80 per cent levels, that means you’ll be able to withstand it.”